Receive the latest Running Rare updates straight to your inbox.

A special thank you to a dear friend, Ari, for your willingness and support in revising and editing this article, it is so greatly appreciated. 🚀

Before my diagnosis, I heard the term boom and bust cycle used to describe an economy or business that transitions between periods of growth and decline. This concept always stuck with me.

But it was only after my diagnosis of Still’s Disease, that I discovered exactly what this term meant for the chronic disease community and why. Below I explain this in more detail and shed light on what rocket building can teach us about chronic disease.

From Capitalist Economies to Chronic Disease

First anticipated by Karl Marx in the 19th Century, the boom and bust cycle describes the typical pattern of high and low economic performance experienced by modern Capitalist economies. The cycle is driven by several factors including market demands, consumer psychology, and government intervention. For the purposes of this article, we won’t delve into these factors too deeply — rather the point is to acknowledge that the cycle is influenced by many, often interrelated and competing, factors. Usually, this cycle is visualised as a smooth, uniform, and gradual transition between the high and low points of the cycle. Why smooth, uniform and gradual? Because, as you know, we human’s love an over-simplified analogy (something sheepishly I will not hold back from indulging in later in this article). Textbook smoothness is, however, not always representative of reality. In more recent years with the pressures of the pandemic, we’ve seen just how abrupt the boom and bust cycle can be with entire industries being closed or reopened overnight.

It is this latter, more abrupt, cycle that more adequately captures the lived experience of the individual with a chronic disease; who can transition abruptly between high and low experiences of quality of life without notice. It is also important to note that the relationship between high and low points is not often balanced either, with individuals with a chronic disease experiencing more low periods than high (generally) – hence the status of chronic illness.

Applying the boom and bust cycle to my own life

Before getting sick I didn’t really think of days as being ‘good’ or ‘bad’. Each day was relatively consistent, with similar levels of physical and mental capacity that I could rely on. I didn’t think about the profound impacts of physical exertion, the food I ate, the amount of sleep I had, or how daily stress could influence my quality of life for days or even weeks. I didn’t think about these things because the repercussions of the imbalances in my life were minimal — my body recovered efficiently and effectively.

Now I must face the reality of the opposite being true. Small imbalances can land me in bed for a day, or worse, trigger a lengthy flare. As a result, I am constantly thinking ahead. It feels like anything outside of my protective routine is playing roulette. In fact, sometimes it feels like ‘playing it safe’ is no guarantee of avoiding a bust either. So how should you live your life? Do you shy away from making the most of the ‘good’ days and avoid doing too much, only to regret it later? Or do you go full-throttle and try and get the most out of the good day not knowing when your next good day might be? Or maybe it is more of a delicate tightrope walk somewhere in between?

In an effort to make sense of this struggle I sought a parallel…  and the inspiration arose from an unlikely source; an event that took place on this very day in 1969 — the lunar landing. 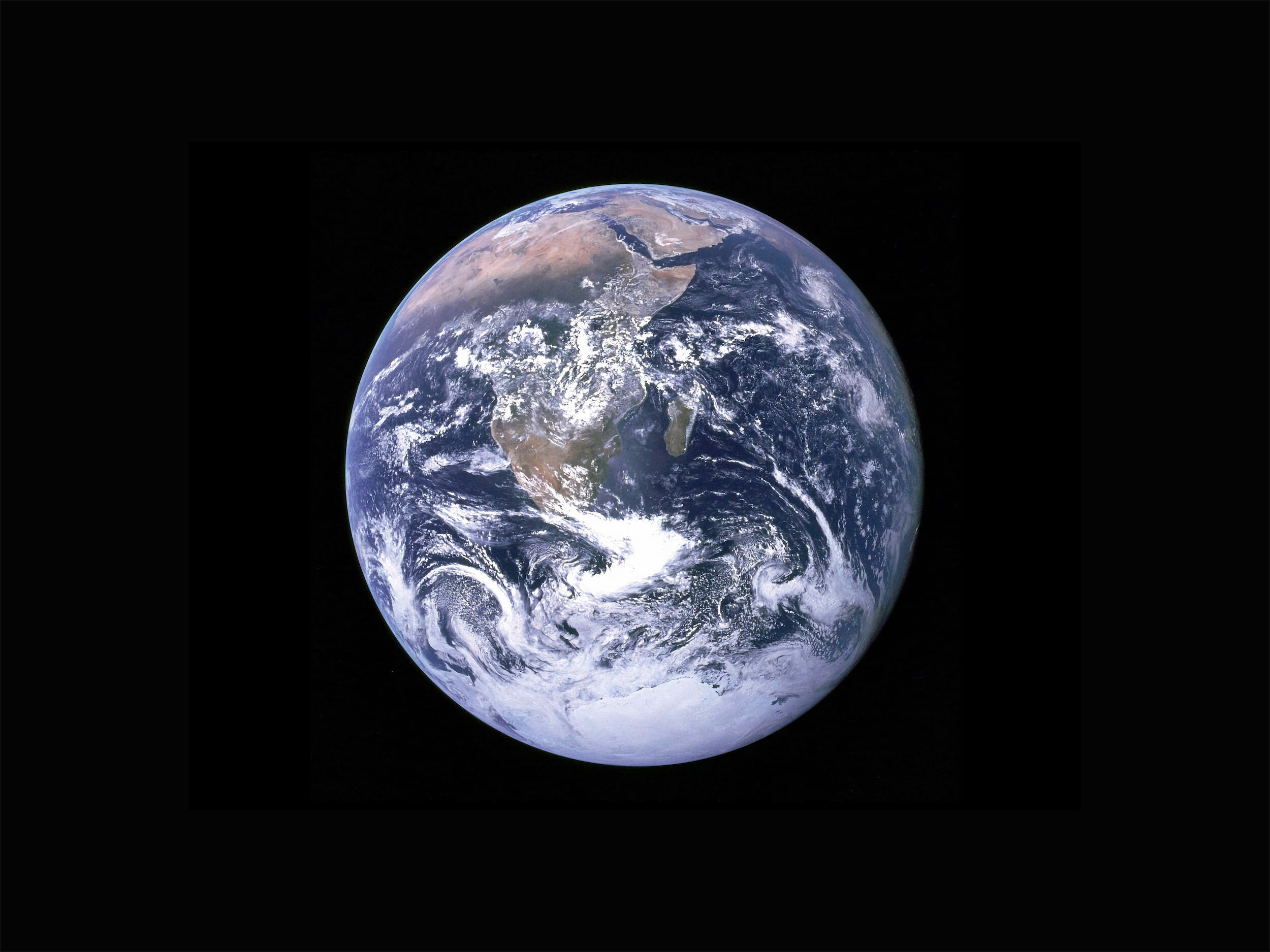 Above: View of the Earth as seen by the Apollo 17 crew traveling toward the moon. Image by NASA Below: Right: For all mankind. Image by NASA 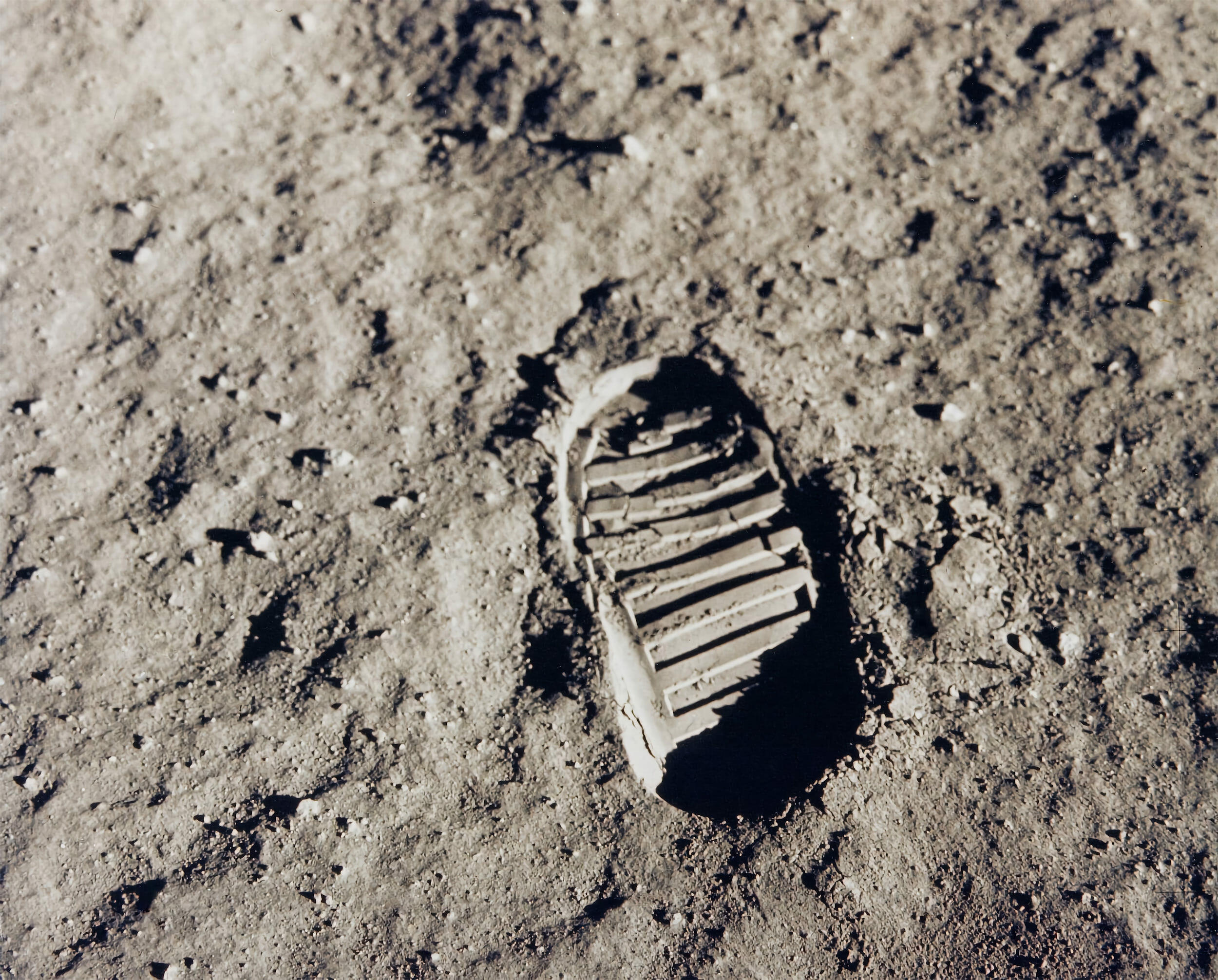 Why is living with a chronic disease like building a rocket?

During the Cold War, the United States of America and the Soviet Union competed to build a rocket that could take humankind to the moon. The feasibility of such an endeavour was unknown and the success of the competing space programs was not guaranteed. This is where I draw my first parallel. When I was first diagnosed, this was exactly how I felt — recovery was a deep abyss of unknowns and zero guarantees. It wasn’t a matter of when I would get better, it was more of a question of whether it was possible to avoid getting worse.

So given such uncertainty, why did the USA and USSR decide to go ahead with their space programs? Both political incentive and competition were fuelling this fire, and as we have all probably experienced, this is often enough to turn a blind eye to rationality. But putting this cynicism aside for one moment, I believe there was a formidable drive to make the seemingly impossible, possible. Similarly, I would argue that those living with a chronic disease must also have a tenacity for recovery that may defy the rationality of current knowledge.

In addition to this, I believe there are four other useful parallels to explore.

Firstly, both countries had competing financial priorities and finite financial capacity. After all, they had countries and economies to run and building a rocket was no small financial undertaking. Similarly, people living with a chronic condition, and the chronic disease sector as a whole, have a finite financial capacity. Unfortunately, like our space programs, financial investment has to be managed against other competing necessities and consequently, this can lead to inequalities emerging.

Secondly, it had never been done before. Was it even theoretically possible? Which again raises the question of financial viability — how much do you invest into something to find out whether it is theoretically possible and when do you call it quits? Again, a stark parallel to the chronic disease community can be made. Is remission or better-managed health and wellbeing even possible? Should you invest in the known or new frontiers — and where do you even start to answer that question? There is no handbook.

Thirdly, if it was indeed theoretically possible, was it practically achievable to build a successful rocket? Which raises the new question of whether it is theoretically possible to make it financially viable to make it practically achievable… and how much time and resources do you invest to find out? These same hurdles are present in the field of chronic disease research, management, and care. And, unfortunately, where to draw the line is simply not simple.

4. Trusting in the process

Finally, establishing that it is financially viable, theoretically possible, and practically achievable do you still go ahead knowing that the entire project is hugely complex and that even the slightest miscalculation or oversight could result in the entire rocket exploding? Possibly the ultimate, and literal, boom or bust scenario.

Continually living through the boom and bust cycle is hard; harder than I can eloquently express in words. But for those of you who may be reading this and can relate, I encourage you to keep fighting for better days. To keep building your rocket. It will be difficult, and there will be setbacks, mislaunches, and compromises, but I hope that you will hold onto the same hope that I have — that with the right team around you a rocket can be made that will allow you to experience a better horizon in the days to come.I leave you with the words of Commander Neil Armstrong, the first man to step on the surface of the moon on this very day in 1969.

“I think we’re going to the moon because it’s in the nature of the human being to face challenges. It’s by the nature of his deep inner soul… we’re required to do these things.”

Armstrong was carried by the countless efforts of innumerable people. Similarly the landscape of chronic disease care and management will be changed not by an individual, but by a society who will not accept anything less.

I was diagnosed with Ovarian Cancer at 64, and I had absolutely no symptoms, and no, not even in hindsight.

Tim formally diagnosed with Adult-onset Still’s disease (Still’s disease) in 2016 at the age of 22. Still’s disease is a rare systemic, auto-inflammatory condition that affects between one in 100,000 to one in 1,000,000 people globally.