Receive the latest Running Rare updates straight to your inbox.

Commonly Referred to as

My name is Tim and I was formally diagnosed with Adult-onset Still’s disease (Still’s disease) in 2016 at the age of 22. Still’s disease is a rare systemic, auto-inflammatory condition that affects between one in 100,000 to one in 1,000,000 people globally.

My story begins a few years before my formal diagnosis. I had grown up playing competitive sport and was fortunate enough to represent Australia in ice hockey at both an under 18 and under 21 level. I had also competed in the National Australian Ice Hockey League (AIHL) for three seasons until the age of 21 when the commitment of playing at a national level, working part-time and undertaking university was becoming increasingly difficult to manage. I continued to play sport and exercise regularly but in 2015 my health began to slowly decline. I remember vividly driving to training one night and just knowing something was wrong, but being unable to put a finger on why. But I continued to push the feelings of fatigue, sore throats and joint niggles aside for several months — excusing them as being a result of low-grade colds, the pressure of university or just not being as fit as I once was.

However, in January 2016, my health rapidly declined and I found myself lying on my back in the hospital unable to move, in extreme pain, my joints swollen and sore, my throat feeling like it was on fire, a rash covering my torso and face and my inflammatory markers through the roof. It took a few weeks but I was eventually diagnosed with Still’s disease. At this point, my normal life came to an abrupt stop. I was unable to move or lift myself up out of bed because of the pain for close to a month. I was bed-bound for two to three months and house-bound for close to eight months until we could get my Still’s under control using a biologic therapy. These were some of the toughest months of my life. In what felt like a moment, I went from having a five-year game plan to feeling that my life was totally out of my control. I started writing a journal soon after my diagnosis to help me process everything that was going on, one of my first entries included the following:

“It is undeniable that Still’s has ‘taken’ a lot from me physically, emotionally and socially – it has radically changed my life for the time being, but every day I have things to be truly grateful for. Each day starts with putting on the right lens and viewing my situation a little creatively so I don’t miss the opportunities that lie before me.”

My life had abruptly changed in the space of two weeks and it felt like my attitude was the only thing I had control over — so I was determined to make the most of it. After a month of not responding to treatment, I had to make the tough decision of resigning from my new job and deferring from university. I had set myself the audacious goal of scoring a perfect Grade Point Average (straight HDs) at university and at the time of my diagnosis, I was only one unit away from achieving this. Pursuing academic and sporting excellence had consumed my teenage and young adult life until this point. So much of my identity was wrapped up in ‘achieving’, but perfect grades were never enough – they never filled the identity hole I was trying to fill. As hard as the Still’s journey has been, it actually gave me the time I needed to reconsider my priorities and what I truly valued — it removed all of the distractions. 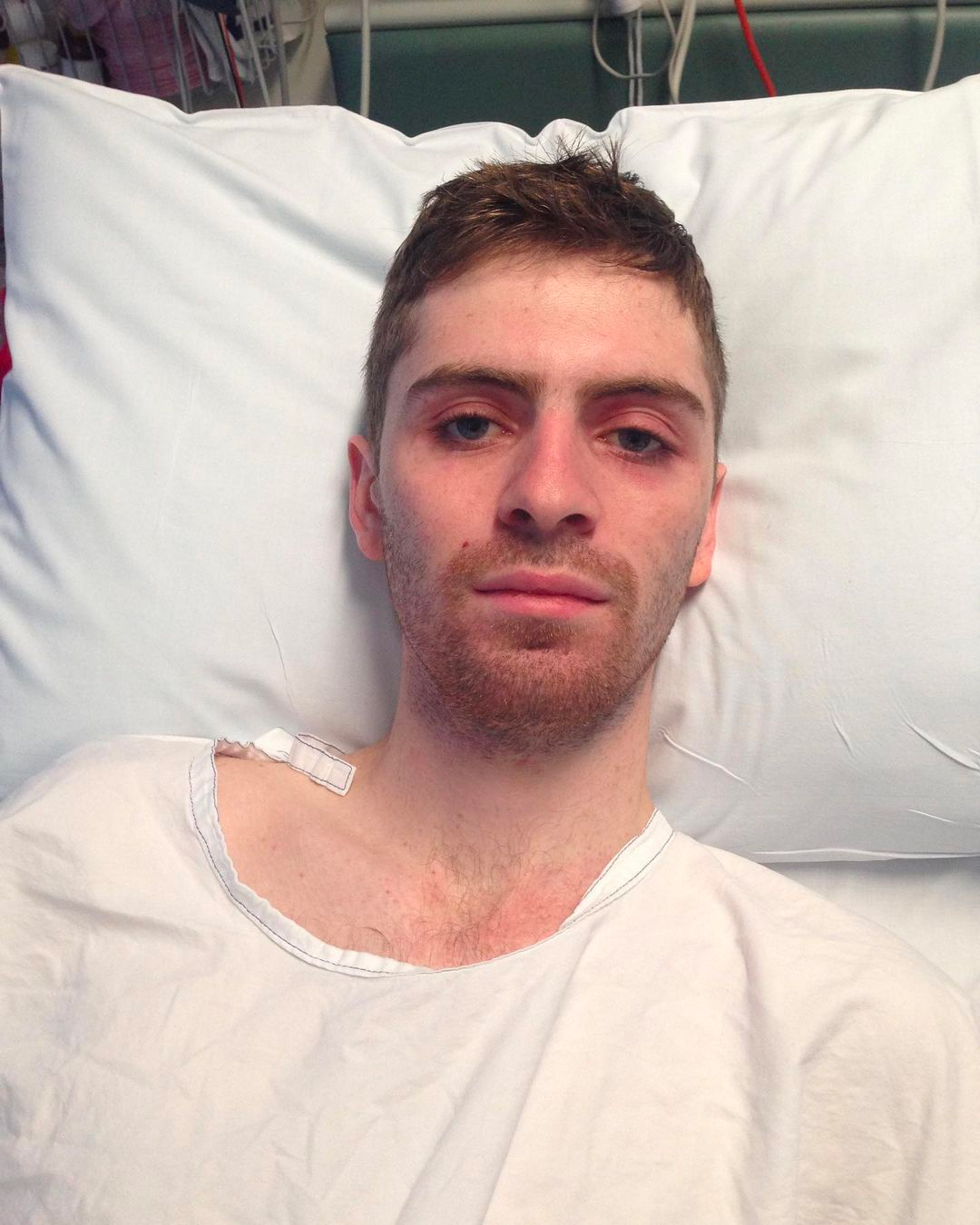 Above: Admitted to hospital and awaiting a diagnosis. Below: Right: First infusion 6 months later. 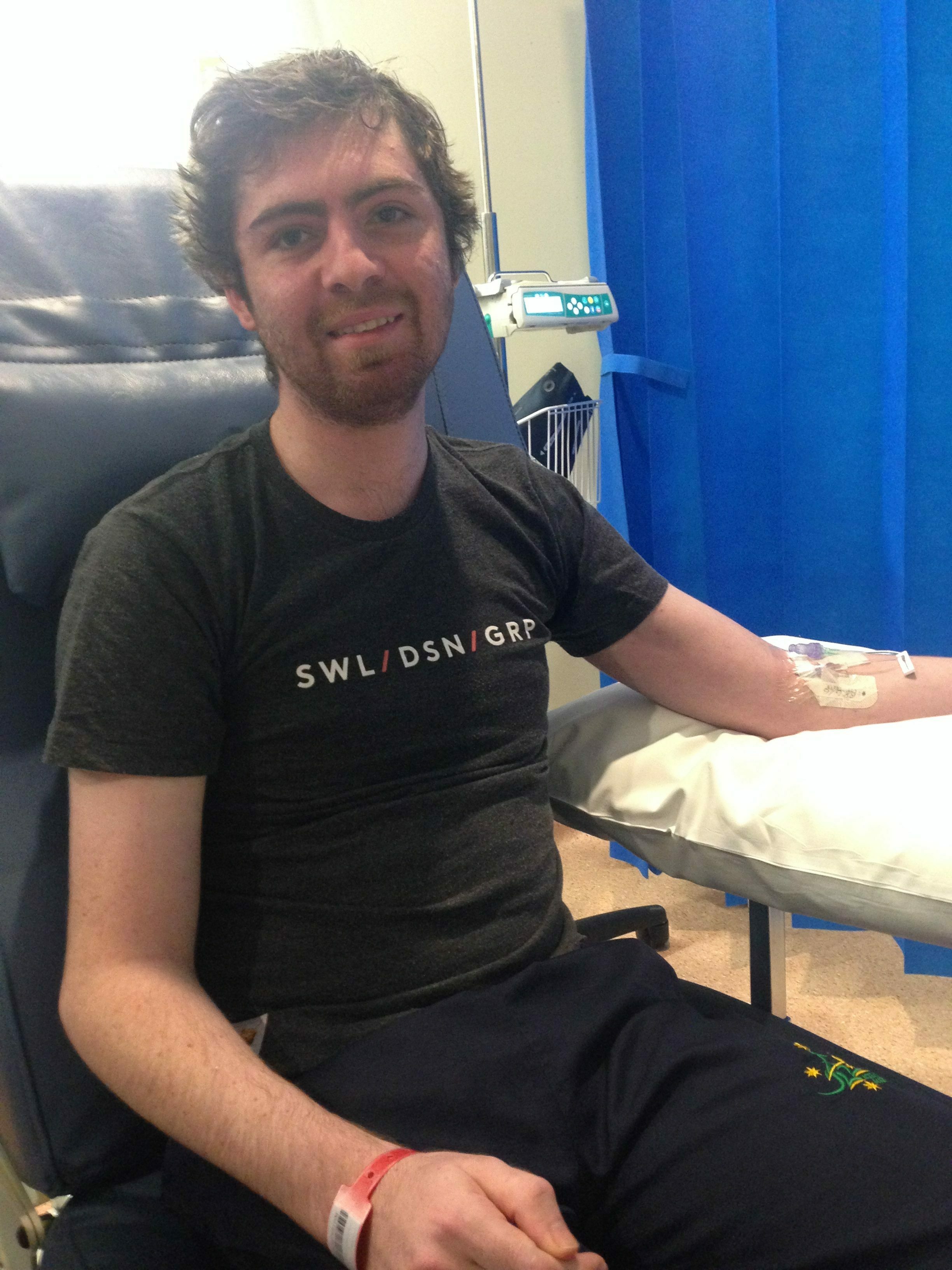 I struggled with having nothing to look forward to and not knowing whether I would ever get better. During this time, I kept writing and looking for ways to share my journey with others to hopefully encourage them with their struggles. About six months after my diagnosis we found a treatment plan that was effective and I began to slowly recover. It was probably a little premature, but I recommenced my final unit of study (I just needed something to look forward to) in the second semester. The university was tremendously supportive, and despite being so sick still, and things taking so long to complete, for the first time I wasn’t stressed about grades or performance, I was just grateful to have the opportunity to study. My health continued to get better during the semester and toward the end of the semester, I was able to attend classes between treatment at the hospital.

When I graduated at the end of 2016, I was fortunate enough to be awarded the Chancellor’s Commendation, The Faculty of Arts and Design Best Graduating Undergraduate and the Design Institute of Australia’s Graduate of the Year for Visual Communication in NSW. These awards meant so much more to me after the 12 months I had struggled through because the attainment of awards or achieving perceived success no longer defined me. Even despite my sickness and struggle, I was more content in myself than I had ever been before. Still’s had forced me to focus my perspective.

In 2017, I went into a medication-free remission that lasted close to two years. Unfortunately, in 2019, I relapsed and am continuing to try to manage my symptoms with medication at the time of writing.
2020 has been a difficult year for so many. The necessary isolation required to stop the spread of COVID-19 in many ways has further isolated the rare disease community. When the seriousness of the pandemic became apparent and our daily lives abruptly changed, it was like déjà vu. In some ways, being extremely isolated with my illness in 2016 prepared me for this year and the mental health struggles I would face.

In August this year, to stay on top of my mental health, combat the effects of calcium leaching from my medication and a desire to encourage people, in particular the rare disease community, I set myself the goal of running 100km before Rare Disease Day — another big audacious goal given my current health! I also began the Instagram page Running Rare to document my progress. I am a big believer of living with a ‘it is possible’ attitude. This doesn’t mean you’re naive to the reality of your circumstance, but it does encourage and motivate you to think about what might make something possible — and that is such an important first step.

This journey wouldn’t be possible without the unwavering support of my wife, family and friends and the rare disease community. I hope that by sharing my story you might be encouraged to keep persisting, even during the darkest of days. 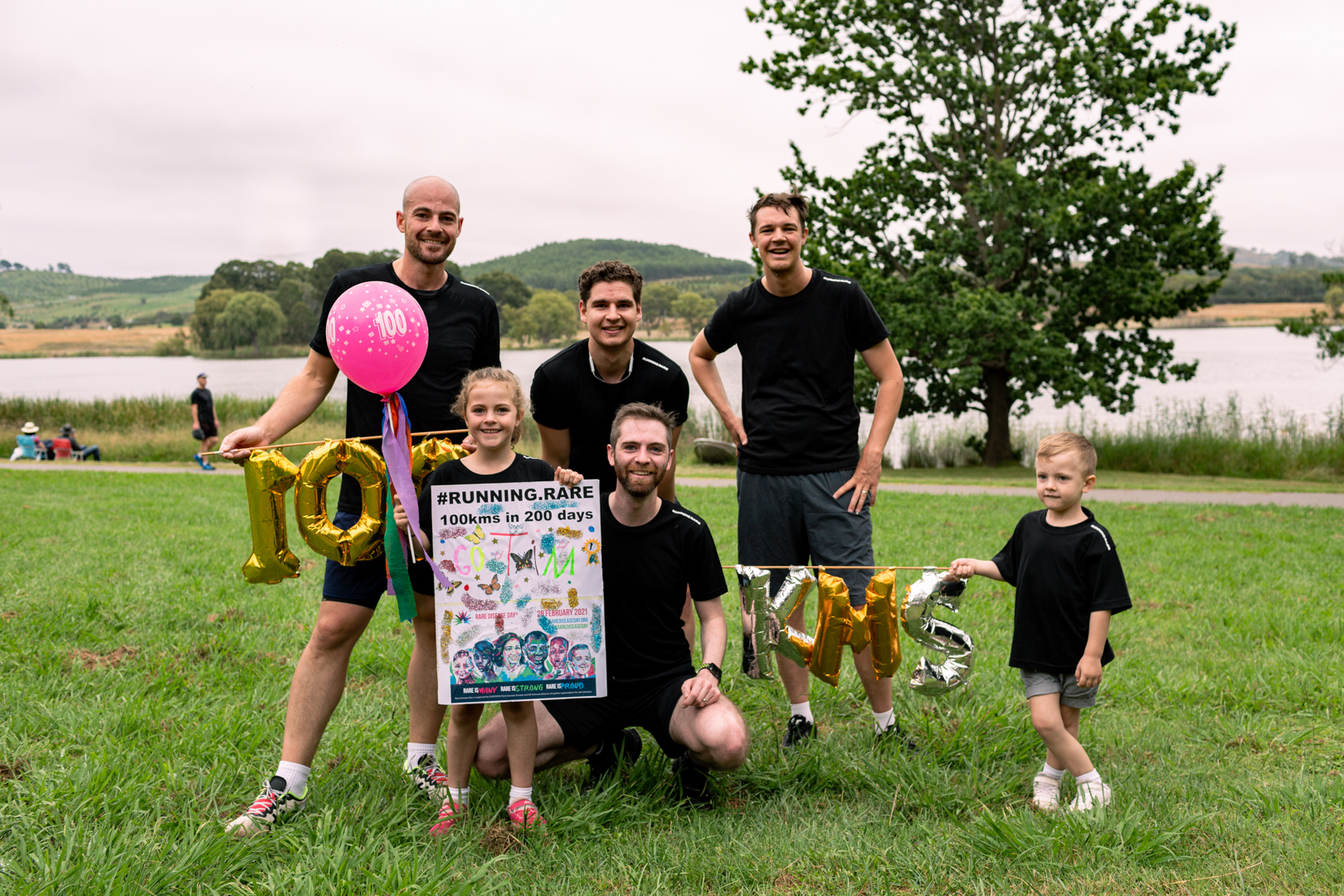 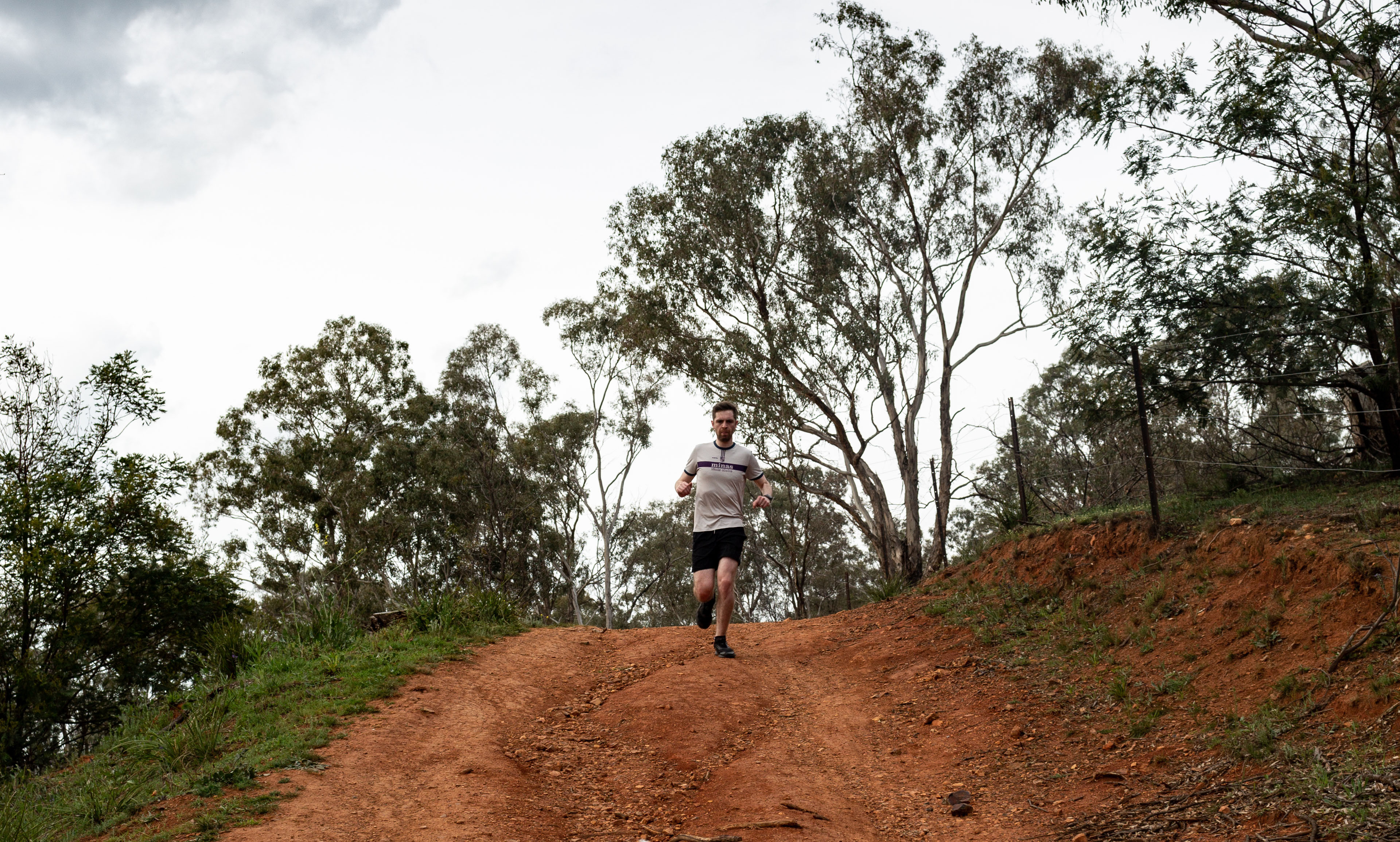 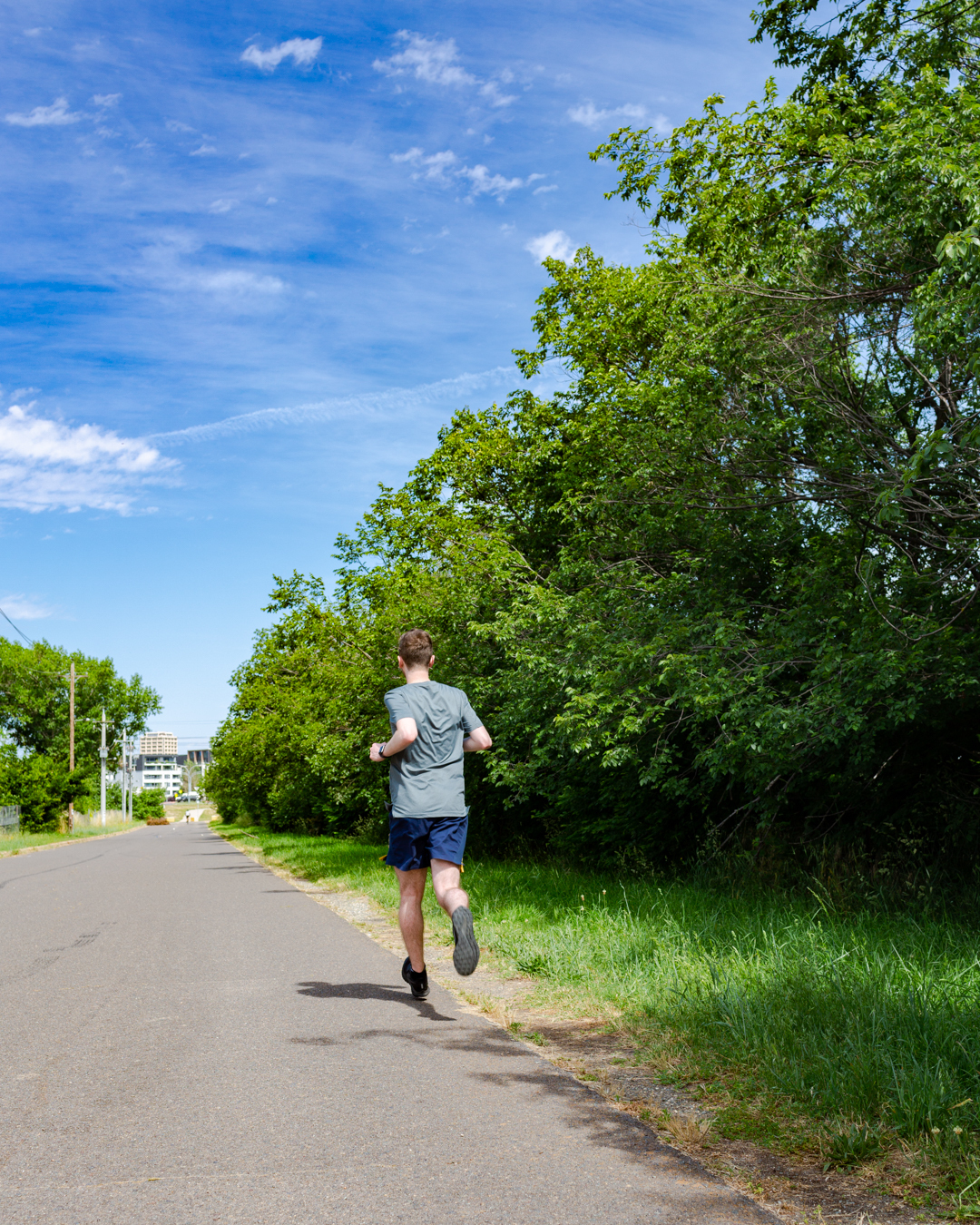 I have a rare condition known as BPAN – Beta-Propeller Protein-Associated Neurodegeneration. BPAN damages the nervous system and gradually worsens over time. This means I have difficulty with fine motor skills such as walking.

I was diagnosed with Ovarian Cancer at 64, and I had absolutely no symptoms, and no, not even in hindsight.