Commonly Referred to as

My name is Ann. I am married to Mike, have two married children, and have five amazing grandchildren. I was 64 when diagnosed with Ovarian Cancer in July 2016. I was possibly one of the healthiest and “fit for my age” women you have ever met, I walked, attended a gym, and visits to the doctor were few and far between. When I retired from working for a not-for-profit organisation my GP offered me a job as a medical receptionist – he obviously knew I would not be calling in sick!!

I had absolutely no symptoms of Ovarian Cancer (OC), and no, not even in hindsight. I had a massive bleed when at work – this was very convenient as I booked myself in to see my GP that day. He thought it could be hemorrhoids or something bowel-related, suggested a vaginal and transvaginal ultrasound “just in case” which I had the next morning, and that night at the end of my shift he told me that I had an Ovarian Carcinoma.

Unlike so many, my case is one of a well-managed, handled, and correct pathway. I was referred to a Gynaecologist who confirmed a 12cm tumour and referred me to a Gynaecological Oncologist in Sydney who explained the surgery I would have the following day – a radical hysterectomy, oophorectomy. My surgeon confirmed Stage 3C High-Grade Serous Ovarian Cancer. 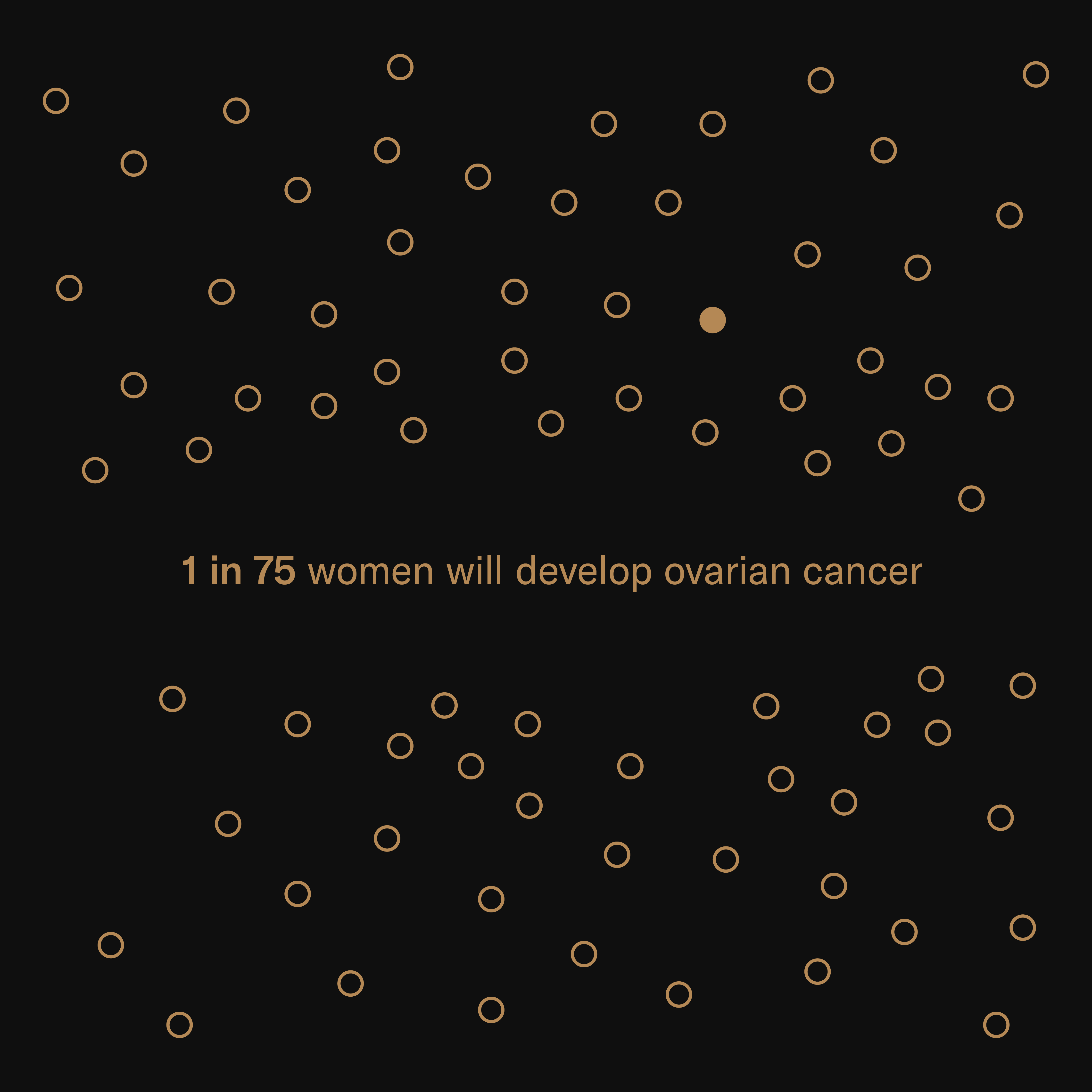 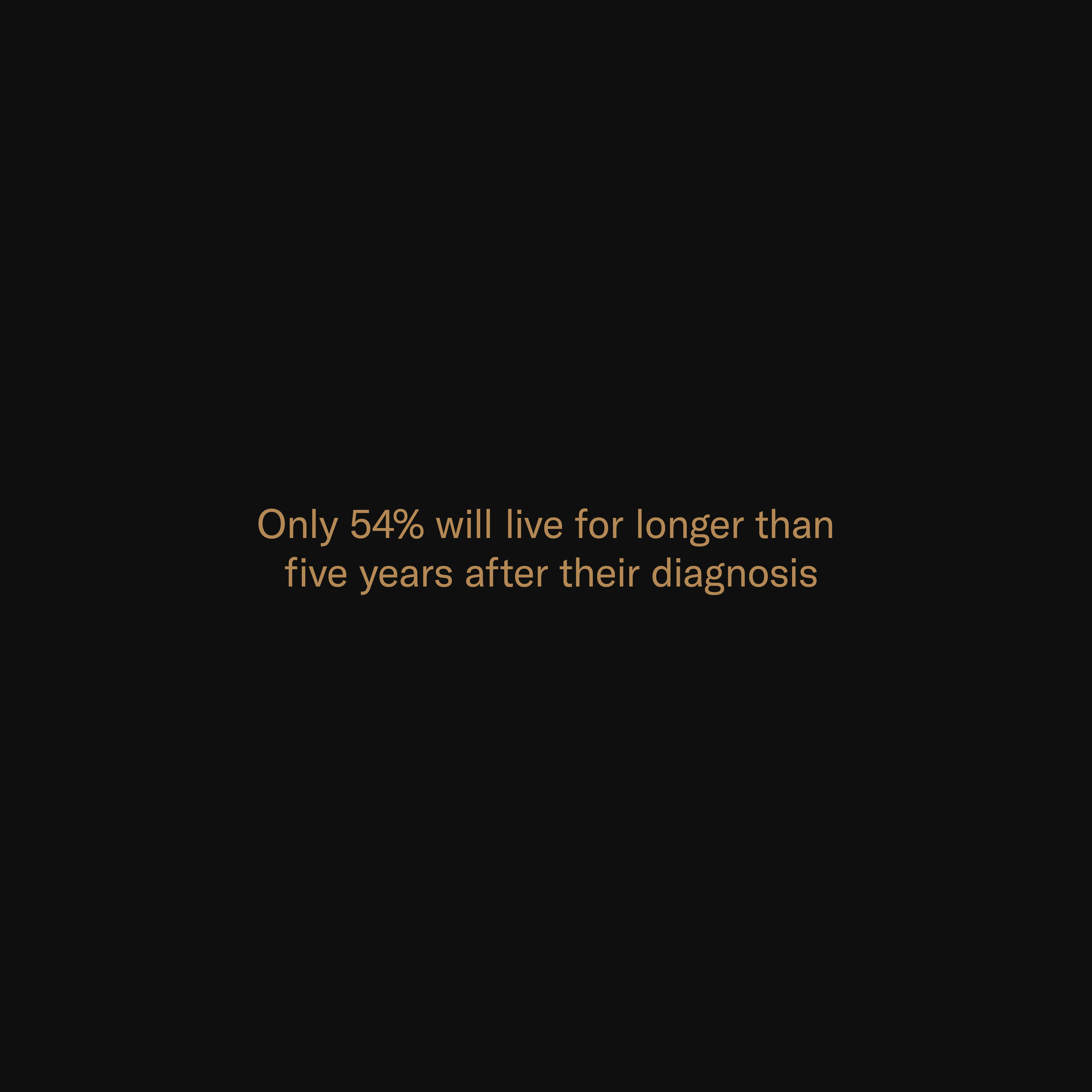 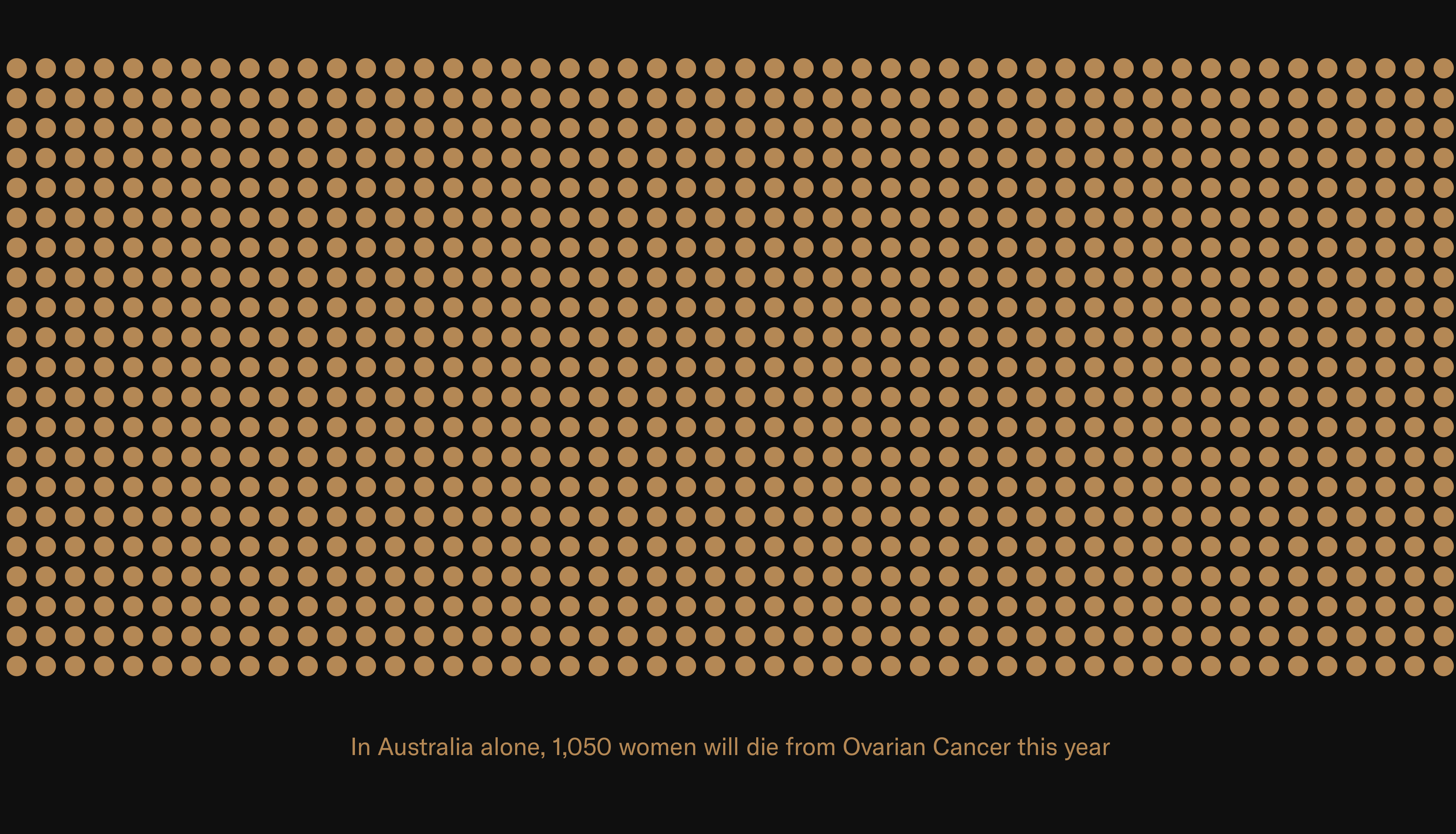 Of course, the time had to come to tell our children. One of the GPs in our Practice warned me, in a casual conversation, that I should be prepared for them to be upset. I was surprised as I wasn’t upset, just wanting to get rid of this cancer. Our son in Sydney was quiet and immediately checked the statistics, our daughter in Melbourne burst into tears, which shocked me and reminded me that we can never pre-empt anyone’s reaction. I believe there were quite a few discussions between them over the coming weeks regarding my being “in denial”.

I was definitely not in denial, I read all the statistics, and was shocked and saddened but determined very early on that I would be one of the “good” statistics.

A few days after the diagnosis my husband did ask “Why you” and I was surprised at my immediate answer “Why not me, would you prefer it was Emma” (our daughter). As it turned out there was a very specific reason it was me, I have the BRCA2 gene which, thank God, has not been passed to my children and enables more treatment options.

Three weeks after surgery I met my Oncologist who was immediately impressed by my seamless recovery and targeted me to be included in an Exercise trial (ECHO) supported by Australia New Zealand Gynaecological Oncology Group (ANZGOG). It evaluated the effects of exercise in women undergoing chemotherapy for OC as a way of coping with chemo and perhaps leading to a greater chance of survival. That was a good start to our relationship – that and the fact that I do not want my Oncologist to be my best friend rather to tell me the facts and how we could beat this thing – with her expertise and my determination to be “a good statistic and her gold star patient”. She discussed the statistics, gave me the treatment options – 3 weekly or weekly doses of carboplatin and paclitaxel – and allowed me to make my own decision. The only thing she could assure me regarding the side effects was that my hair would fall out.

Deciding on a treatment plan

I opted to have 18 weekly treatments in the hope that the milder dose would be better to cope with, the only downside being not having too much of a life in between treatments. She mentioned in that first consultation a piece of random, anecdotal evidence that recurrence was usually around 30 months post end of treatment – a remark that stayed with me until July 2019 when I passed that date without recurrence.

I believe I was very fortunate with minimal side effects and many were praying with us that I would not “chuck in a bucket” – that prayer was answered. I experienced mouth ulcers, the well-known metallic taste, very mild neuropathy in my feet, and fatigue which increased as treatment continued. I had a blood transfusion just before Christmas 2016 and did not miss one treatment despite some very low neutrophil readings. My treatment finished in January 2017. I credit doing so well to the amazing team who, while erring on the side of caution, treated me as an individual and understood what I could bear from week to week. And I had an AMAZING wig!!

My nurses ALWAYS asked how my previous week had been, they wanted to know if I had managed and were alert if I had been less than perfect – they REALLY wanted to know so they could give advice, report to the Oncologist and care. Do not be afraid to sympathise if someone has had a bad time since treatment or if they have to miss a week of treatment – for some that can be devastating – just one more week until they are “free”. 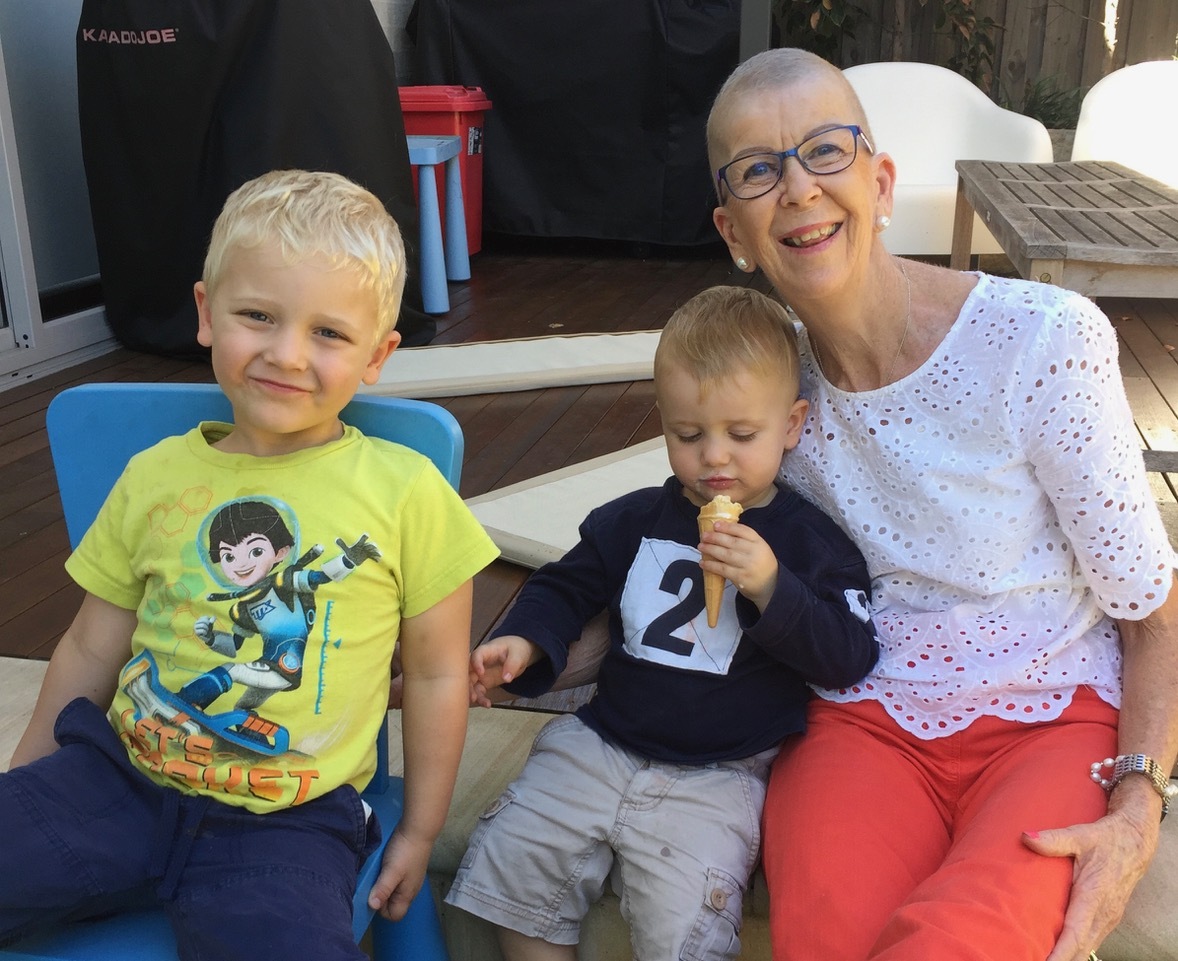 They don’t care Granny is bald 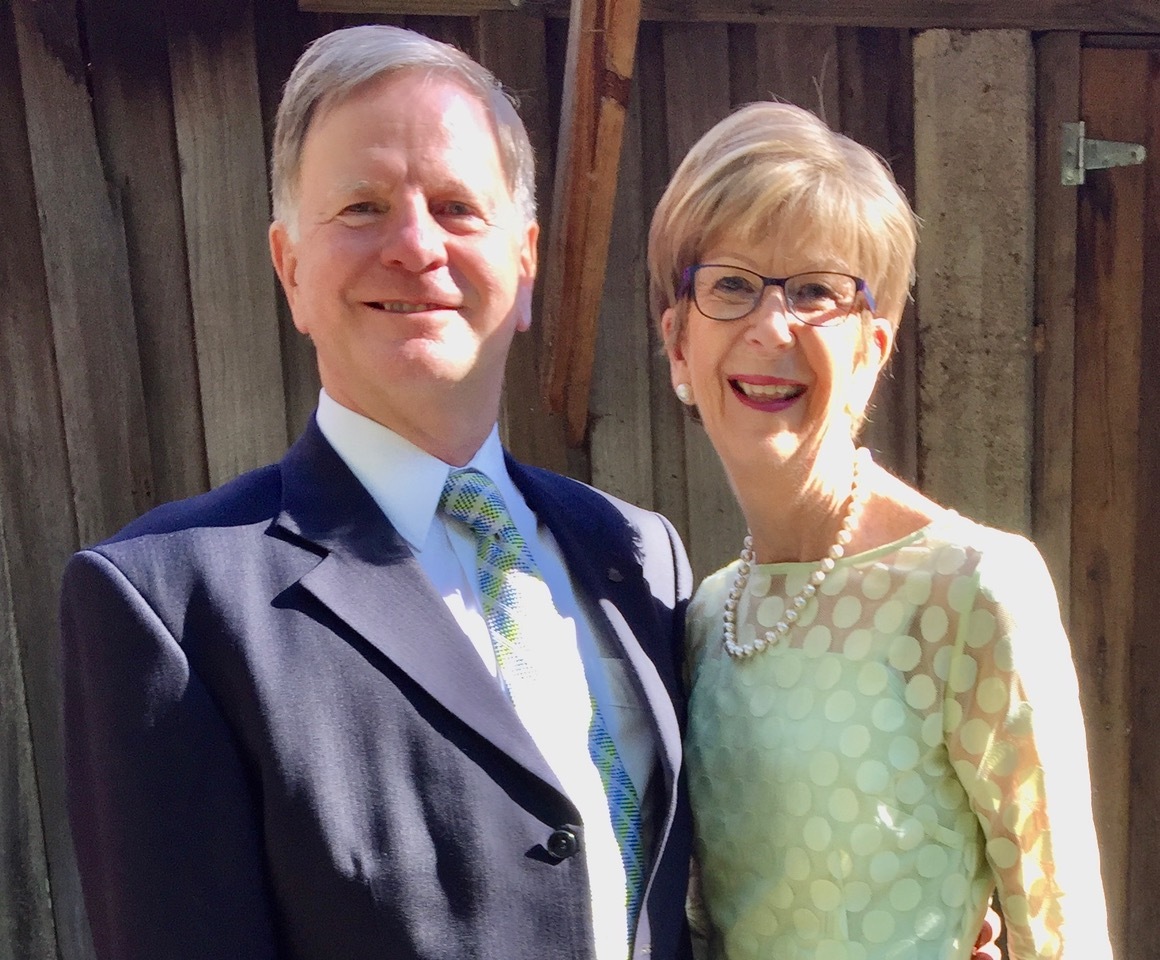 I LOVE my wig 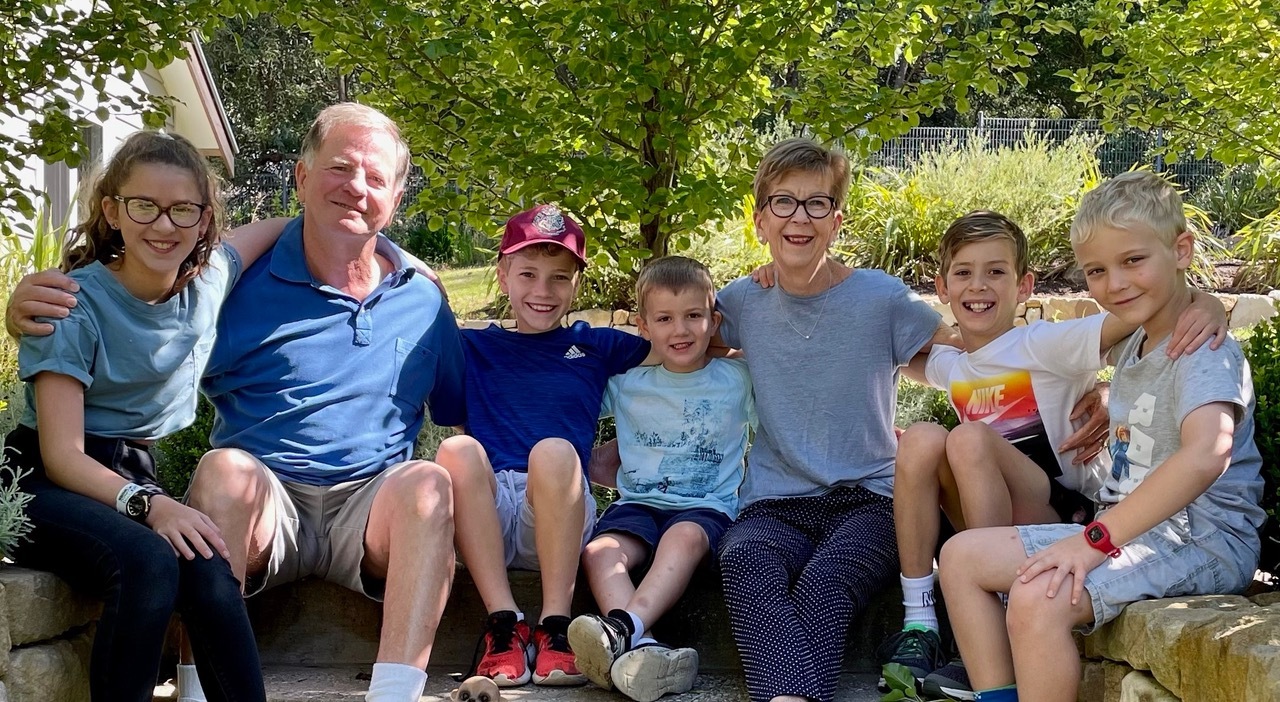 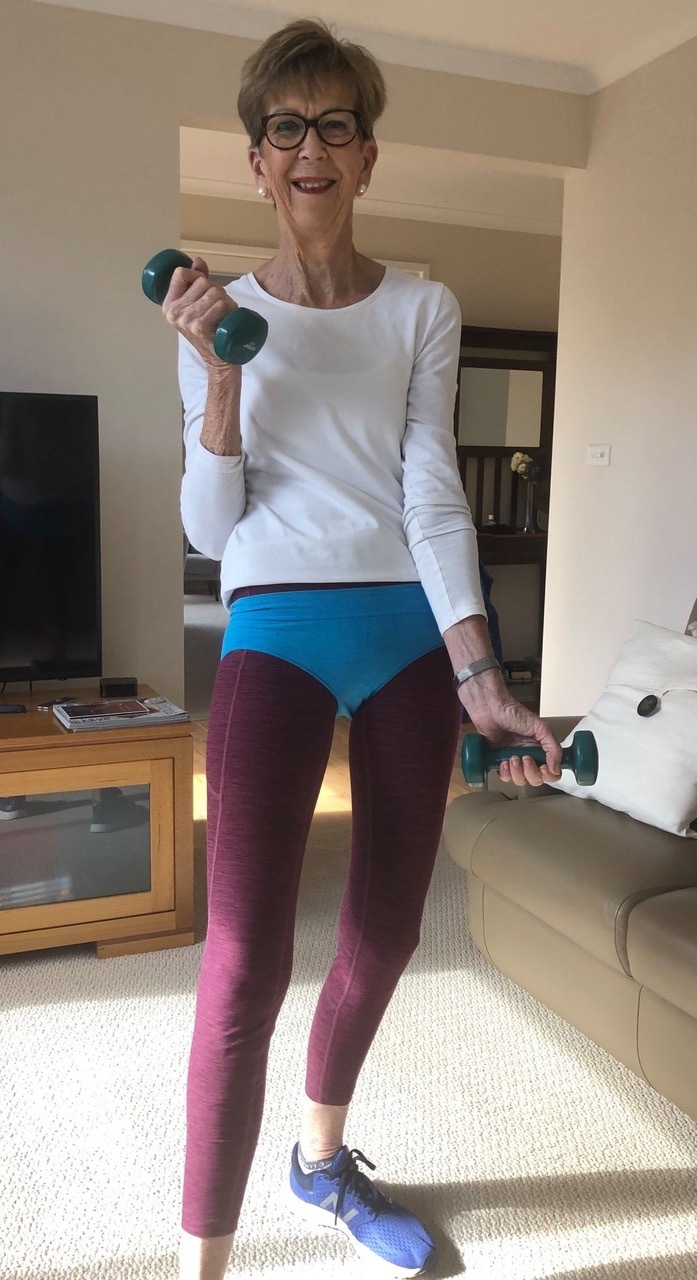 The point in the story where everything changed

This is the point that my story changes totally. I just mentioned the 30-month recurrence mark and, with the gift of hindsight, I believe that while on an overseas holiday in August 2019, I had the first symptoms of a recurrence – 31 months after completion of treatment. These symptoms persisted on and off but, because my CA125 (a tumour marker) had not changed, none of the 3 doctors I saw believed it could be a recurrence. I eventually went to a GP who, within 5 minutes of describing the symptoms, suggested I had a sub-acute bowel obstruction and referred me to a Gastroenterologist but not as an urgent case “because your CA125 is normal and for that reason, I cannot justify a CT scan”. Following another “episode” I brought my appointment forward, which revealed pressure on the bowel, and a CT scan followed revealing two lesions in my pelvis. Things moved very quickly and I saw my Surgeon in Sydney, had radical surgery in May 2020 involving small and large bowel resection and, praise God, no stoma as had been anticipated.

Three weeks later I commenced six chemotherapy sessions of carboplatin and doxyrubicon 4 weeks apart. It was suggested this would be less toxic than the first but this was not the case, just different and, sadly, nausea became a feature.

Six weeks after completion of Chemo I began the ICON9 trial which coincidentally comes under the ANZGOG umbrella. We are trialling an additional PARP Inhibitor with the one that is recommended for most BRCA2 patients who have experienced a recurrence. The idea is to see if “two drugs are better than one” at keeping a recurrence at bay for as long as possible. The trial drug has been described as “quite toxic”, so side effects are expected. Altered taste, fatigue and diarrhoea are currently my companions however the bonus is that it is oral not IV.

Every day counts and I have many reasons to be grateful to the medical profession.

Ann, you’re involved in the ANZGOG Survivors Teaching Students program, what advice do you give to nurses who may be caring for patients with OC?

My nurses ALWAYS asked how my previous week had been, they wanted to know if I had managed and were alert if I had been less than perfect – they REALLY wanted to know so they could give advice, report to the Oncologist and care. Do not be afraid to sympathise if someone has had a bad time since treatment or if they have to miss a week of treatment – for some that can be devastating – just one more week until they are “free”.

The message I would leave with you is in relation to my OC recurrence. PLEASE do not pay too much attention to the CA125 tumour marker with women who have already experienced Ovarian Cancer, it was never meant to be a definitive marker and in my case it definitely wasn’t. Three GPs, a Gastroenterologist, Gynaecological Oncologist and Oncologist cannot explain why it has remained normal. I believe, had the medical team relied on a physical examination, not a CA125 blood test, a CT Scan would have followed and my recurrence would have been diagnosed in October 2019 not May 2020.

Being aware of the symptoms and keep the ‘BEAT’

Ovarian cancer may be suspected when the symptoms:

Tim formally diagnosed with Adult-onset Still’s disease (Still’s disease) in 2016 at the age of 22. Still’s disease is a rare systemic, auto-inflammatory condition that affects between one in 100,000 to one in 1,000,000 people globally.

I have a rare condition known as BPAN – Beta-Propeller Protein-Associated Neurodegeneration. BPAN damages the nervous system and gradually worsens over time. This means I have difficulty with fine motor skills such as walking.