In January of 2021 I was walking around the lake on a Wednesday night when I noticed people gathering in running gear at the Kingston Foreshore. I thought maybe this was some sort of event or fundraiser and I continued walking. The next Wednesday I was out walking again, and behold, people were again gathering.

Quite intrigued by this I googled ‘Kingston Foreshore Wednesday Run’ and discovered the Running for Resilience (R4R) website. When I read their bio ‘a campaign aimed at empowering people to overcome their personal struggles by never giving up and keeping moving’ I knew I had to find out more and I wanted to join in!

After a few messages to the founder Matt I arrived at the meeting point a little cold and a little nervous. However, a few minutes later Matt appeared out of the crowd and introduced himself. Any nerves I had quickly disappeared. Matt has a contagious authenticity and it quickly became apparent why R4R attracts over 100 people from all walks of life each week. The format is simple, get moving for 20 – 25 minutes and then meet up for a drink and dinner at The Dock at the Kingston Foreshore afterwards.

Fast forward six months and R4R has become increasingly important to me. If I am honest, after I finished Chapter one in February of 2021 I felt a bit lost. The goal of running 100km in 200 days had been a focus point to help me get through a tough season — so with that behind me I didn’t know what was next, and that was really unsettling. But the weekly run with Running for Resilience provide something to look forward to each week and helped me to just keep moving. Conversations with Matt, and a number of people I’ve met at R4R, inspired me to keep digging for that next goal, and this website is just one of the fruits of their encouragement. 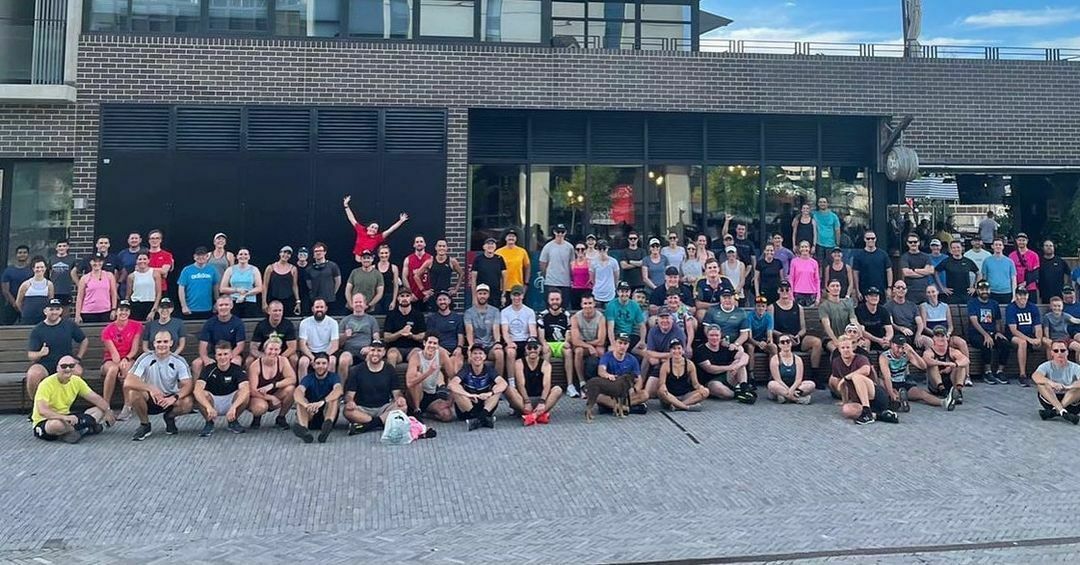 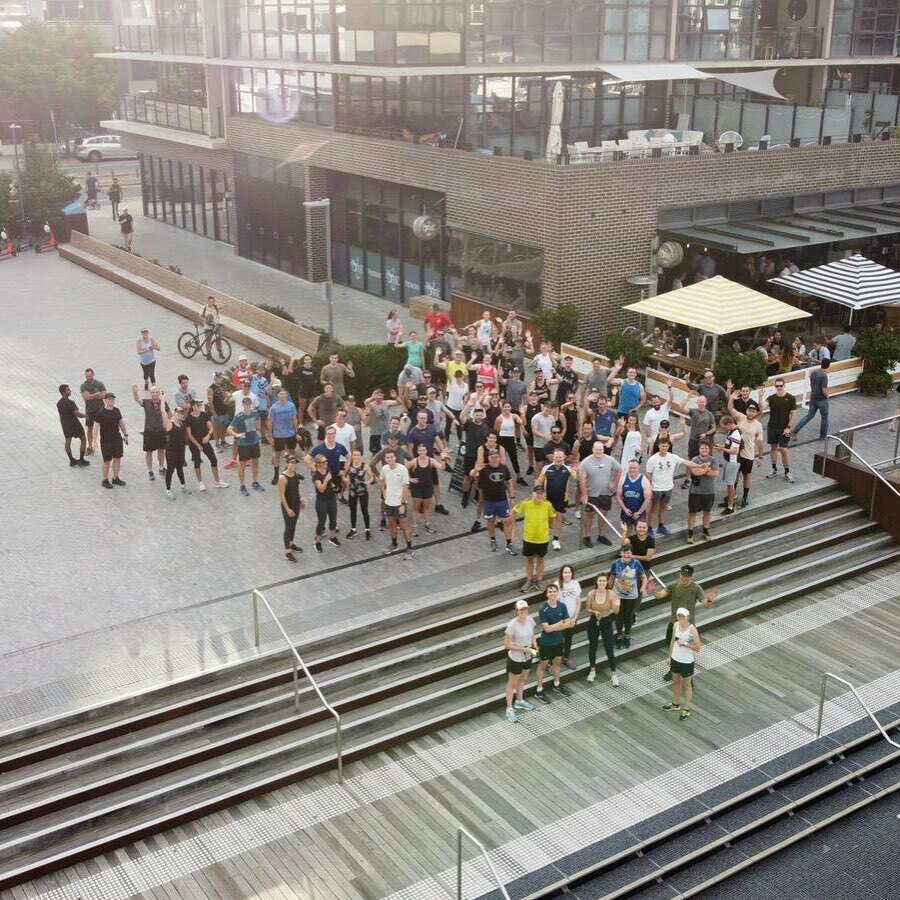 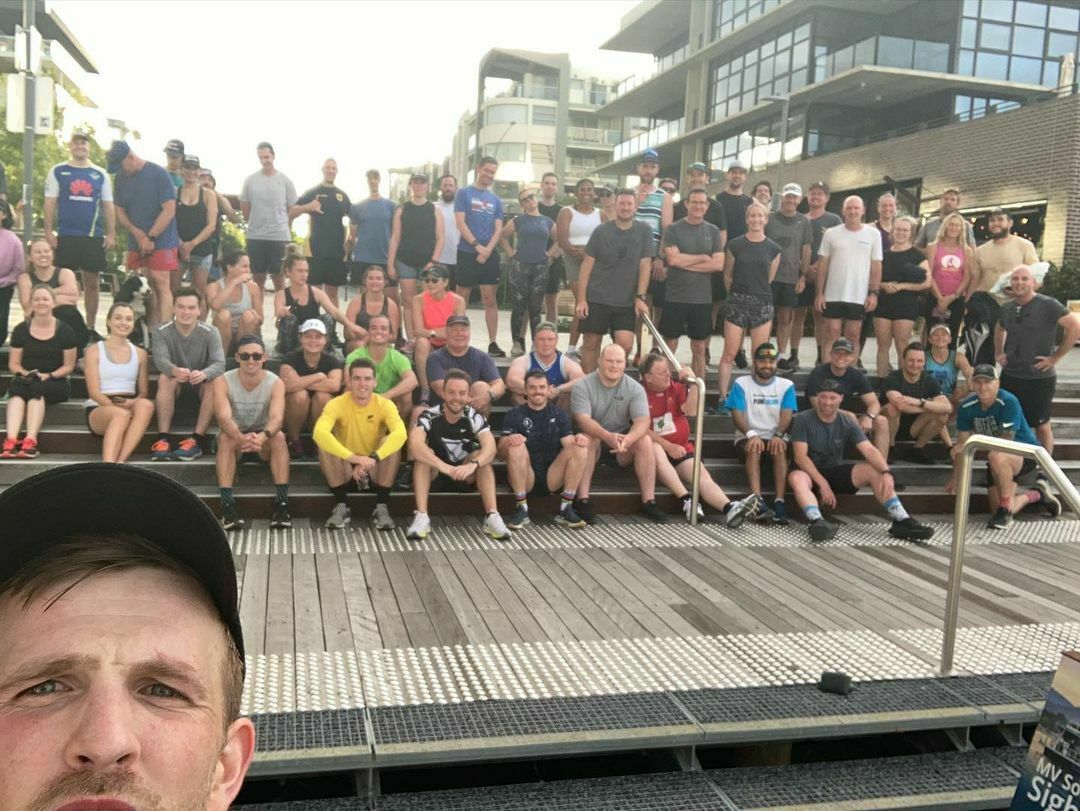 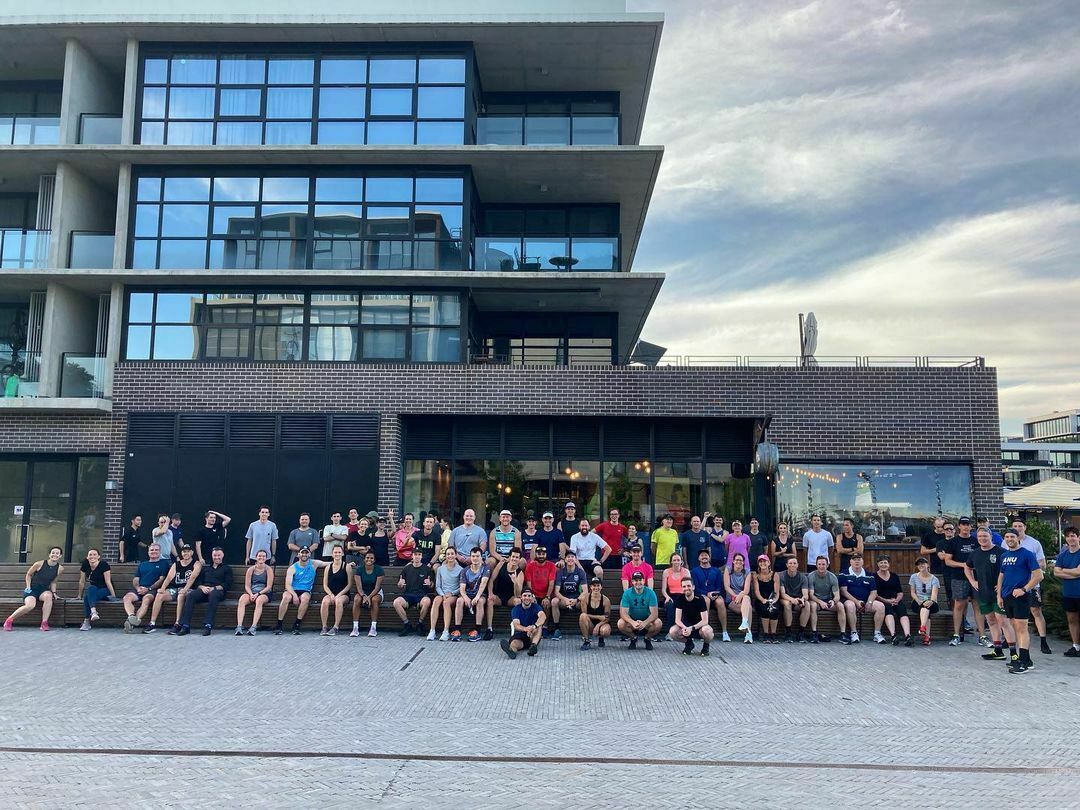 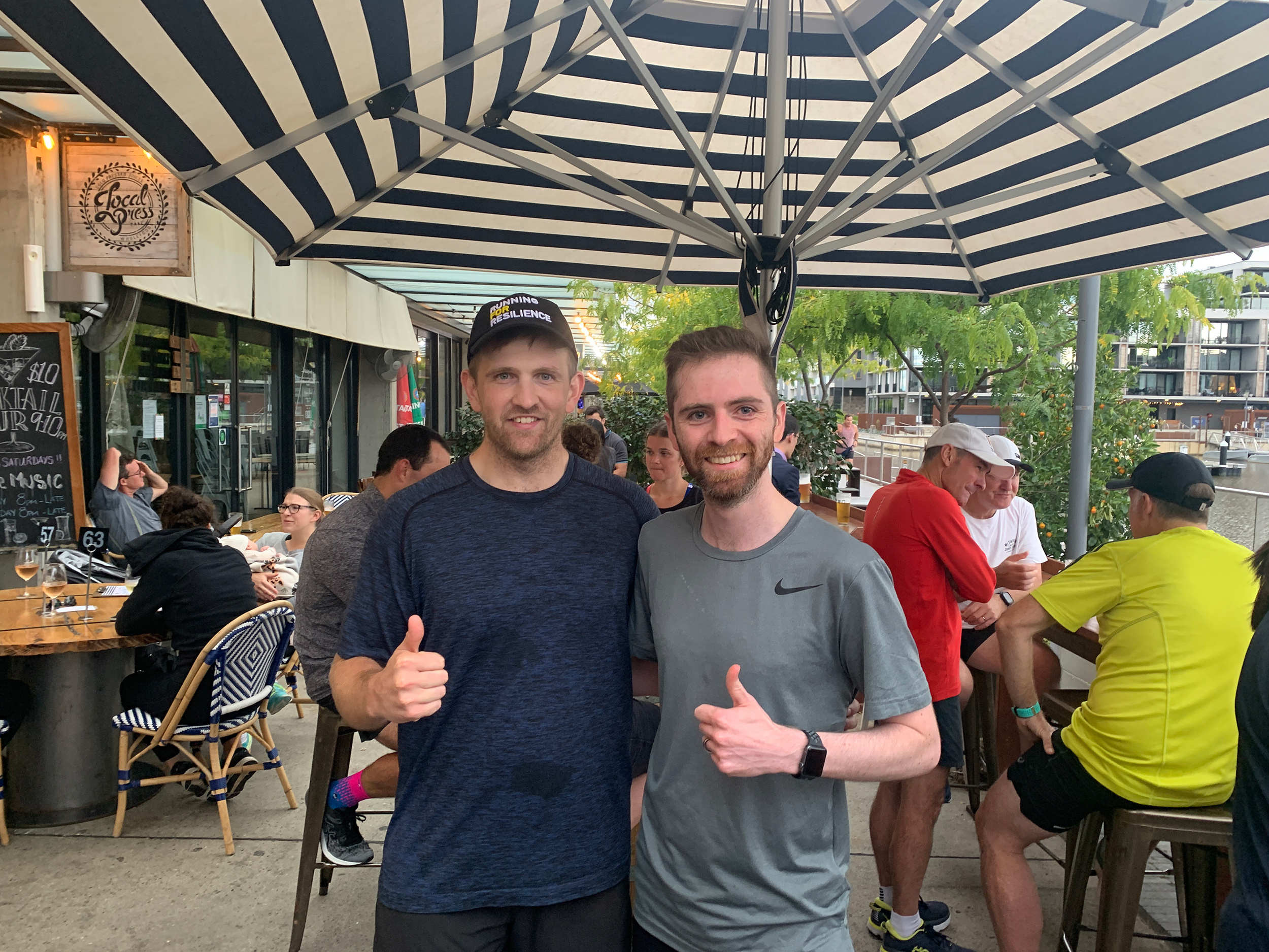 The Story Behind Running For Resilience

Running for Resilience and the idea of ‘keeping moving’ is inspired by my own experiences.

In August 2010, I was travelling around Europe with my best mates and had no idea that my life was about to change forever. I woke to missed calls from my Mum and I could tell by the tone in her voicemail that something was wrong. When I called her back, I was told that my Dad had killed himself.

I remember feeling disbelief and shock, but things didn’t sink in until I had to tell my mates what had happened. I walked into the room we were staying in and told them I had to go home to Australia. Naturally, they asked why? … What followed were the hardest 5 words I’ve ever had to say.

Losing my Dad taught me to focus on the positives in life and to be grateful for everything, but it also set me up to struggle. I blamed myself for his death because I felt that I didn’t talk to him enough, I missed his phone-call just before his last moments and I had an unshakeable feeling that I could have done more. I had struggled with my Dad’s death, but I had no idea that there was more in store for me.

In early 2019, My Mum was diagnosed with stage 3-4 ovarian cancer. The thought of losing another parent was confronting and looking back at it now, it opened unhealed wounds from losing my Dad and the ordeal had triggered something in me that I had never felt before.

I began to feel anxious all the time, I would constantly worry about things going wrong that were outside of my control and I would even start to question whether I myself was sick. Perhaps most frustrating of all was that I was constantly aware of my irrationality. My logical and rational self that had served me so well before was sitting in the passenger seat while my irrational side took over.

In what was the toughest period in my life, I’m proud to say that I never just accepted what I was going through. I acknowledged it and looked at how I could improve my situation.

I would search high and low for answers on what I was experiencing. A variety of books, a few meetings with a psychologist, internet research and anything I could extract information from. There were lots of opinions that fitted the narrative of what I was going through and there were moments of reprieve, but my struggle persisted.

I began to seek motivation from the types of individuals who never quit and always focus on the next job at hand. I tried to emulate these people starting with small tasks like going for a run, simple chores and getting out to see some mates. Soon after, my moments of reprieve became more common. As I had more and more moments of clarity, I became empowered that I had just experienced the toughest time of my life and I was now enjoying myself again.

I haven’t dismissed the need to address whatever shrapnel there is from my Dad’s death and other potential ‘trauma’. But I experienced the value of keeping moving.

My mantra of Just Keep Moving was developed through all of this and now I want to share it with those who’ll listen. Just Keep Moving to me is about doing whatever ‘should’ lead to something good. Chores, work, exercise, time with loved ones. It was about ticking these boxes in the belief that whilst you might not feel 100% now, happiness is just around the corner.

This couldn’t be more true as I married the love of my life later that year (the happiest day of my life).

Now armed with this approach, I’m no longer scared of struggle. I acknowledge that I will experience things in my life that will be awful, but I’m empowered that if you just keep moving, you can overcome anything