In the early hours of Friday 26th of November I lay in complete exhaustion on the pavement outside of the Canberra Hospital. At that point I had been vomiting uncontrollably for five hours and I was completely exhausted physically and emotionally. As Jess headed inside to find help a car pulled up, illuminating both the light rain that was falling and the scene of me hurled over a plastic plant pot with a bag inside. Like a deer in the headlights I thought to myself ‘this is definitely a night to forget’.

I was immediately rushed into the emergency department and a cannula inserted swiftly. Shortly after anti-nausea medication was prescribed and administered. The nausea began to settle and that afternoon I was able to return home. At the hospital we were asked if I’d eaten anything unusual, but nothing immediately came to mind. We thought maybe a bad case of gastro. The next day a family member asked whether we’d been to a particular doughnut store near our home. Yes! We had picked up some doughnuts just days before and it has since emerged that between 100-200 people may have been affected by a food poisoning incident related to this store — but that is a story for another day.

As I sat in bed recovering I came across an instagram post about a 40 Year Anniversary exhibition match to be played between the Canberra Knights and CBR Brave the following week. To contextualise why this post stood out to me we have to rewind to before my diagnosis. 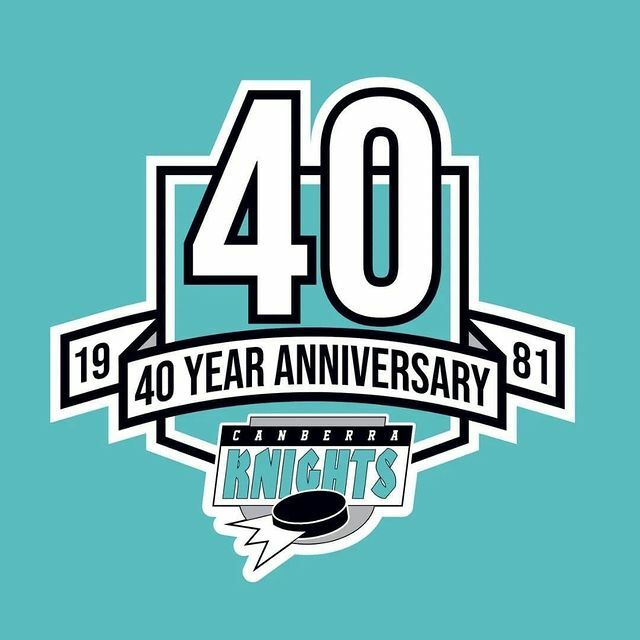 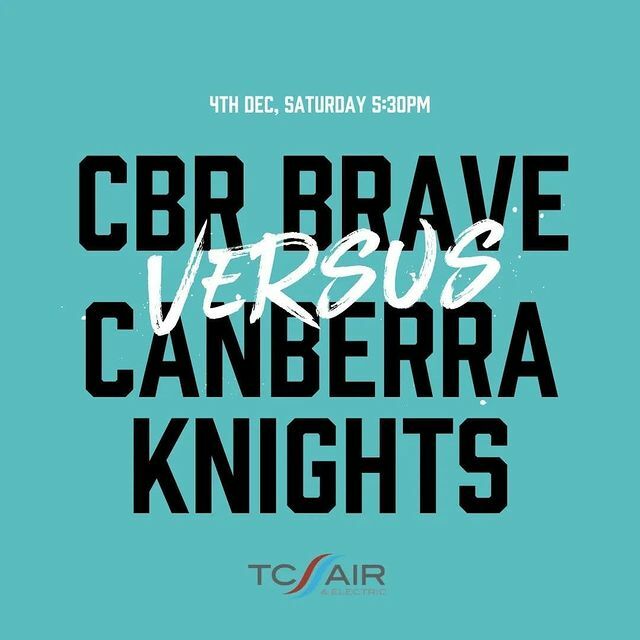 Growing up hockey had been a big part of my life. Amongst the challenges of life and growing up, hockey had been in many ways a sanctuary. A place where I could just be in the moment. I wasn’t the most gifted hockey player when I first started at the age of 9 — but I loved the game and I worked hard each year to improve. That hard work, and many sacrifices from my family and especially mum who drove me to countless trainings and to Sydney each week for several years to play during the season, culminated in the privilege to represent Australia at an u18 and U20 level and to play for the Canberra Knights between 2011-13. 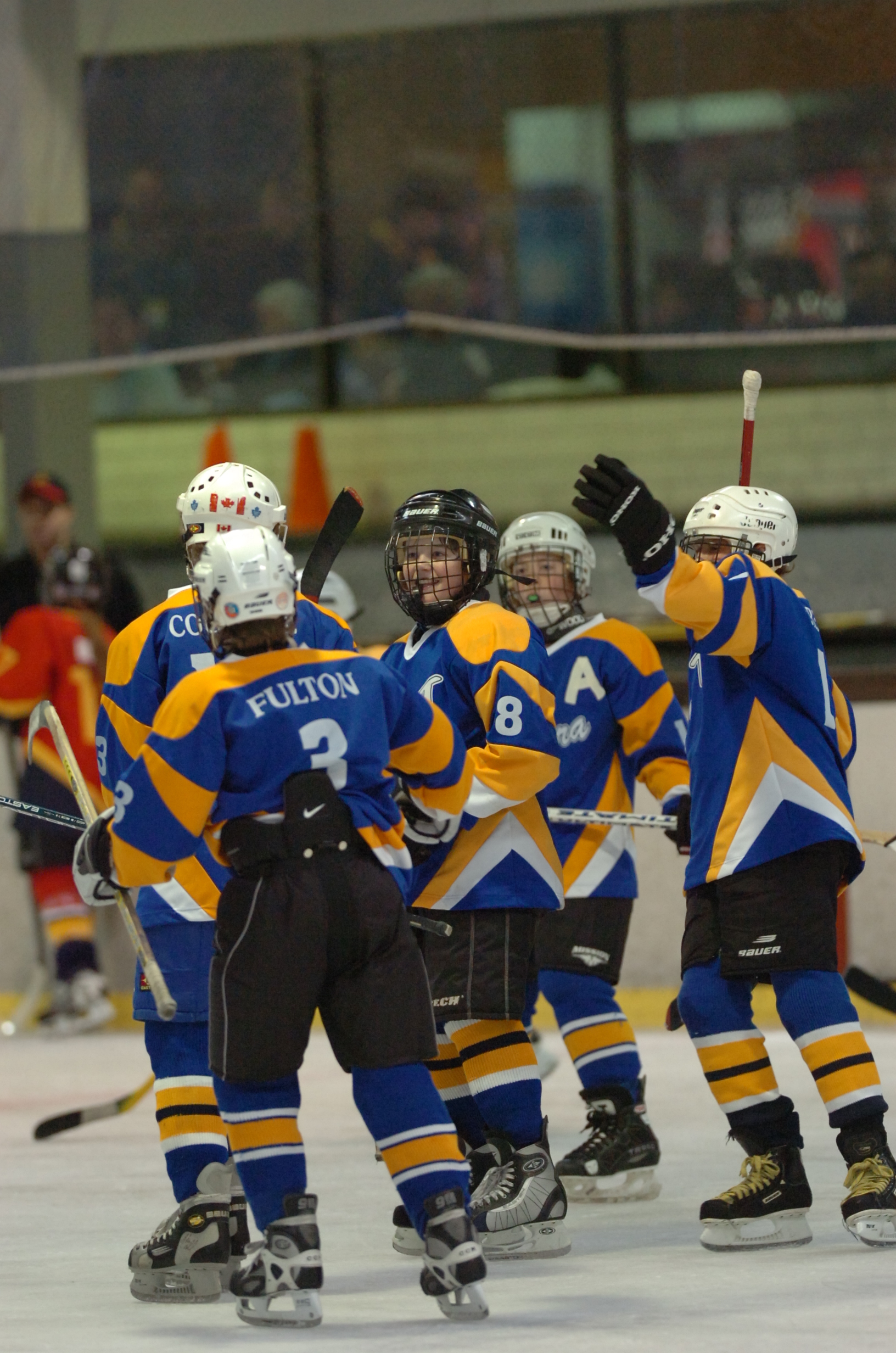 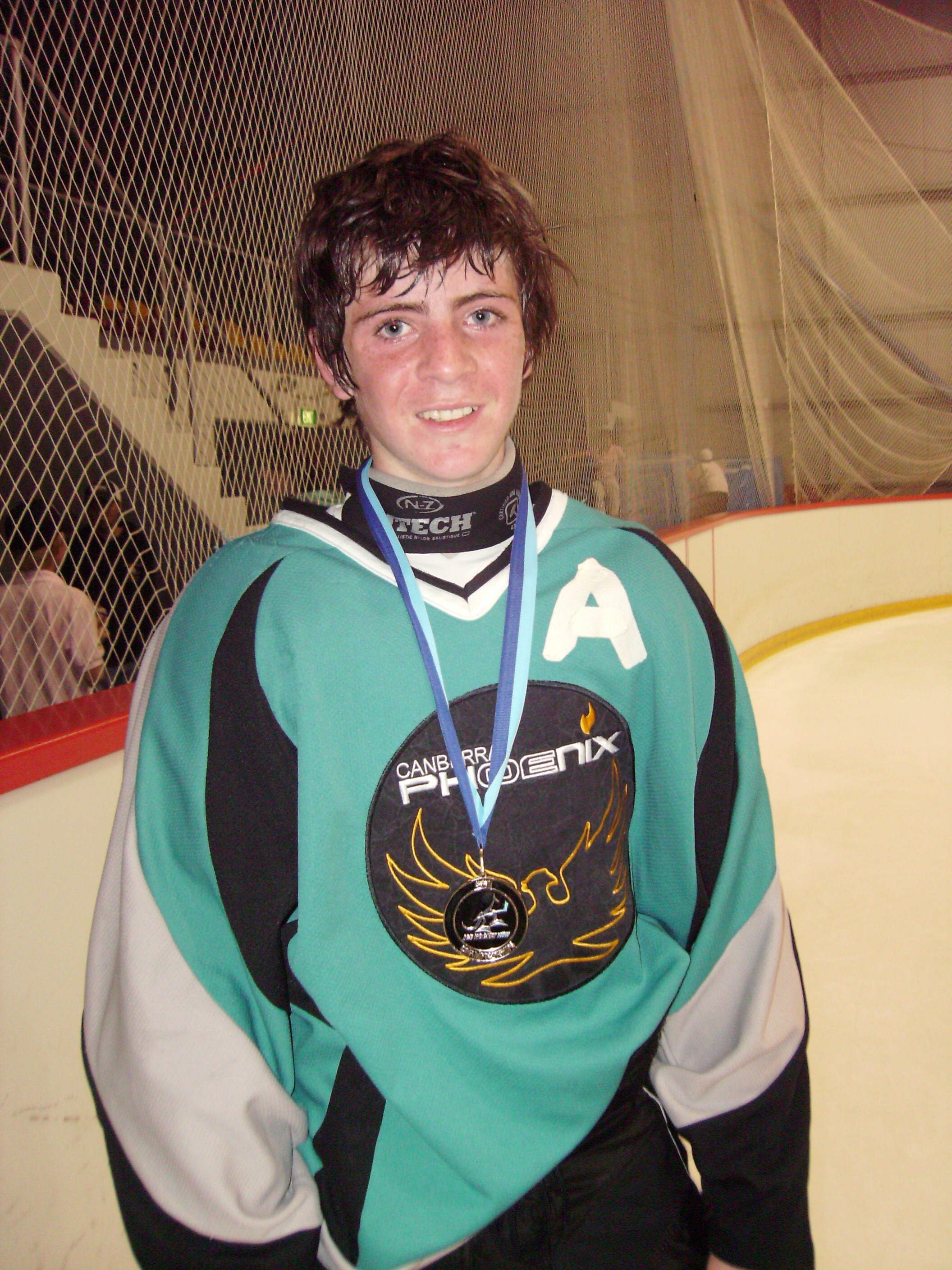 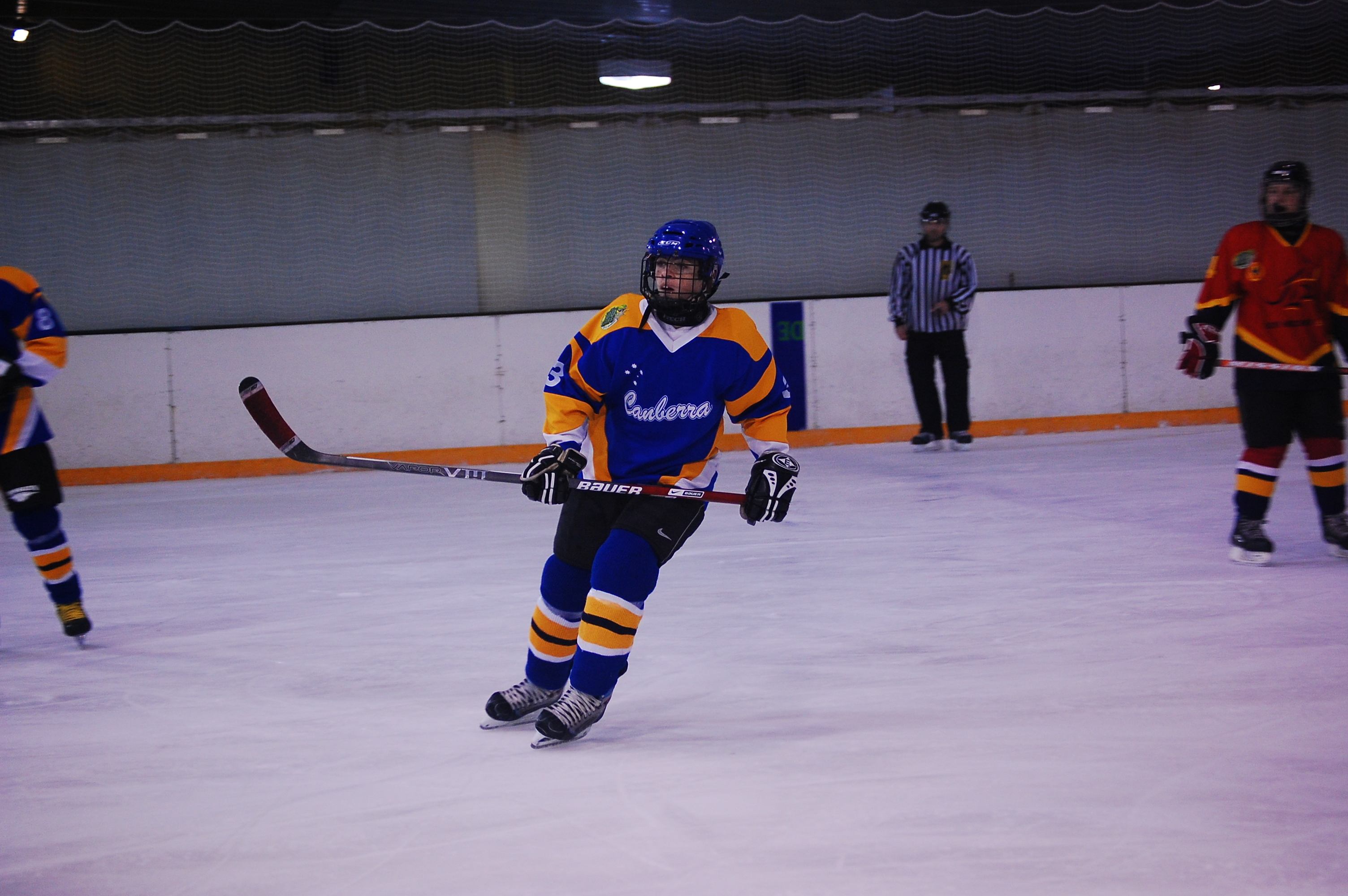 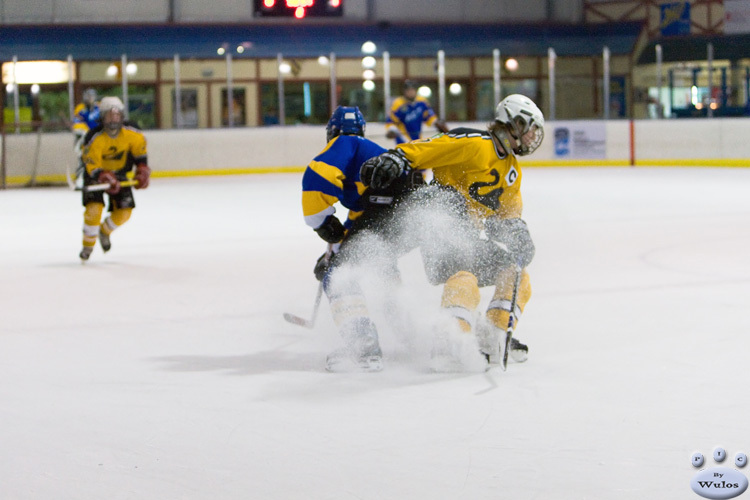 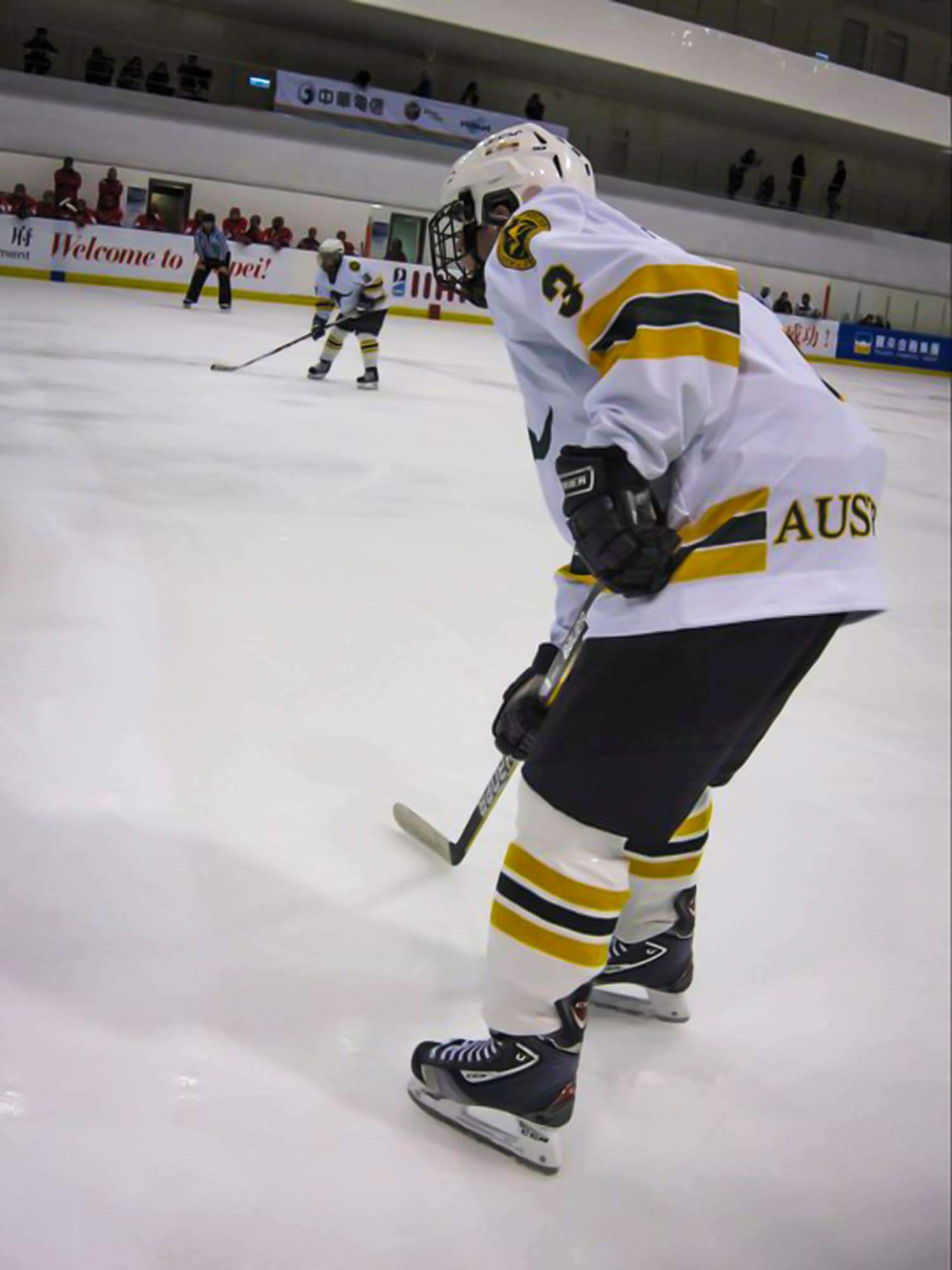 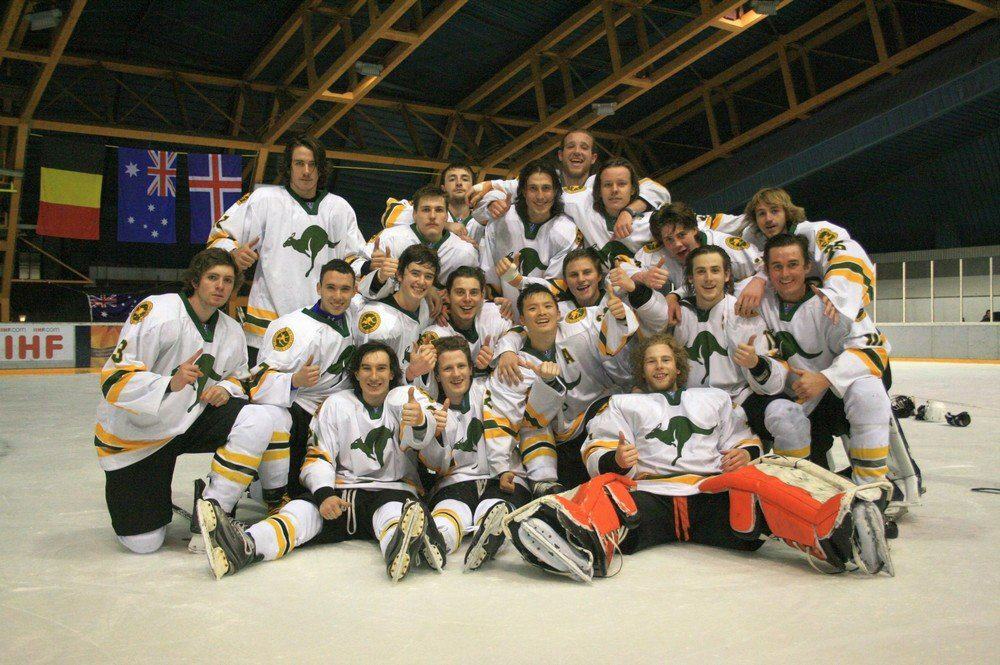 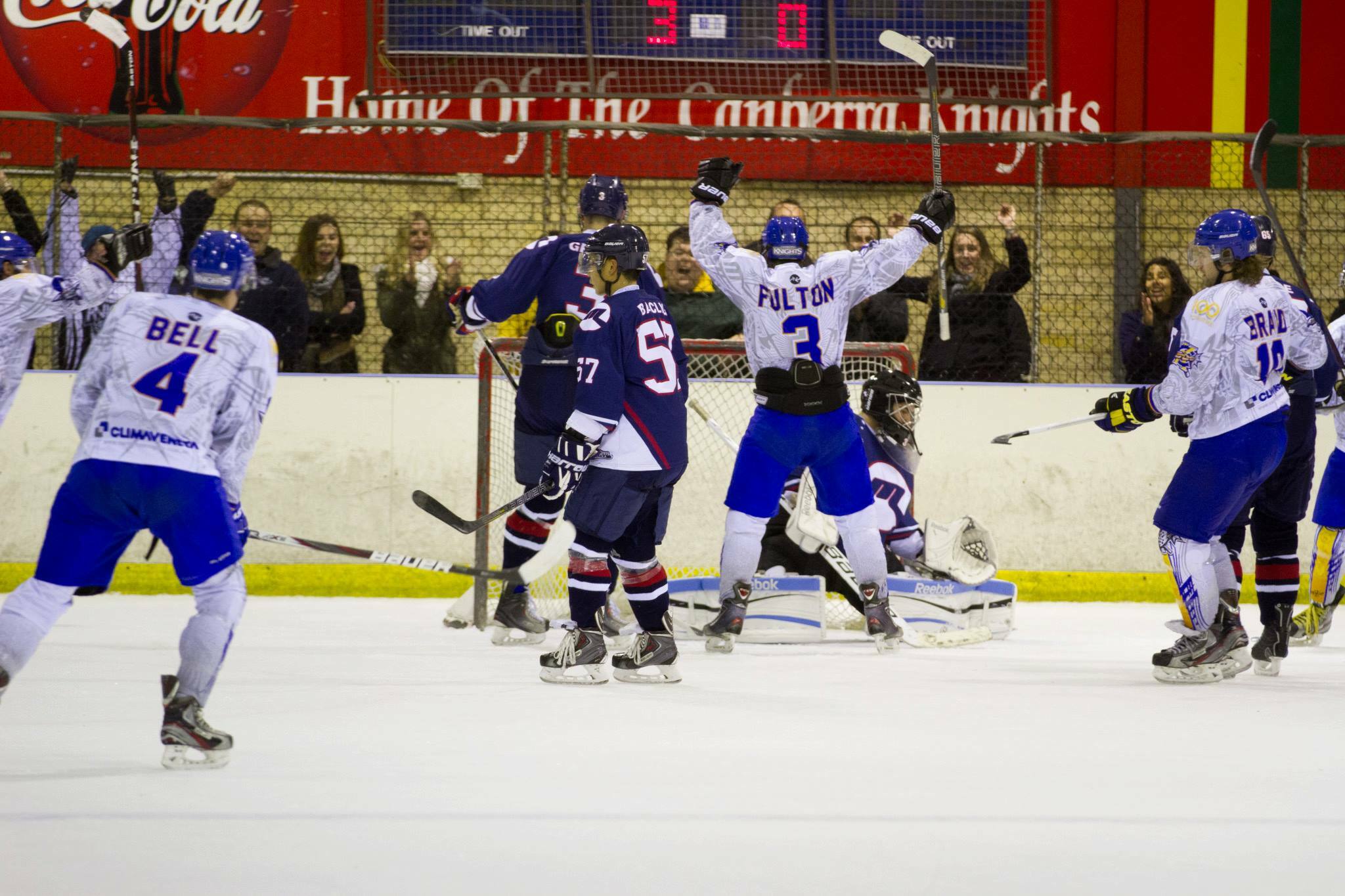 In 2014 the Canberra Knights folded, but the Canberra community rallied together and the CBR Brave emerged. Since 2014 the CBR Brave have become arguably the greatest franchise in the Australian Ice Hockey League (AIHL). When I first became sick I would watch the livestreams of the Brave’s games and dreamed of skating again – and maybe one day even playing one last game.

Fast forward to Christmas of 2019. My family and I were spending the Christmas period with friends in Canada. A few days after Christmas we headed to a local mall as I had been wanting to purchase new skates for some time — parts of my old skates were literally being held together with tape after years of faithful service. It was late, but on the way home from the mall we saw a local park with an outdoor rink and I asked if I could just quickly try my new skates out. We jumped out of the car and I laced my skates up. I was nervous. My body was not in a good place at this time as I fought to manage my Still’s and I wondered how my body would cope.

I stepped out onto the ice.

I began to skate around the rink, and it is hard to describe, but I felt out of rhythm in some ways. I struggled to hold my edges and quickly became breathless and light-headed. But despite this, for just a few moments I felt free from my illness.

A few days later we made the journey to Lake Louise and Jess and I played pond hockey in sub-zero temperatures in the most extraordinary and breathtaking setting. A memory I will always cherish. 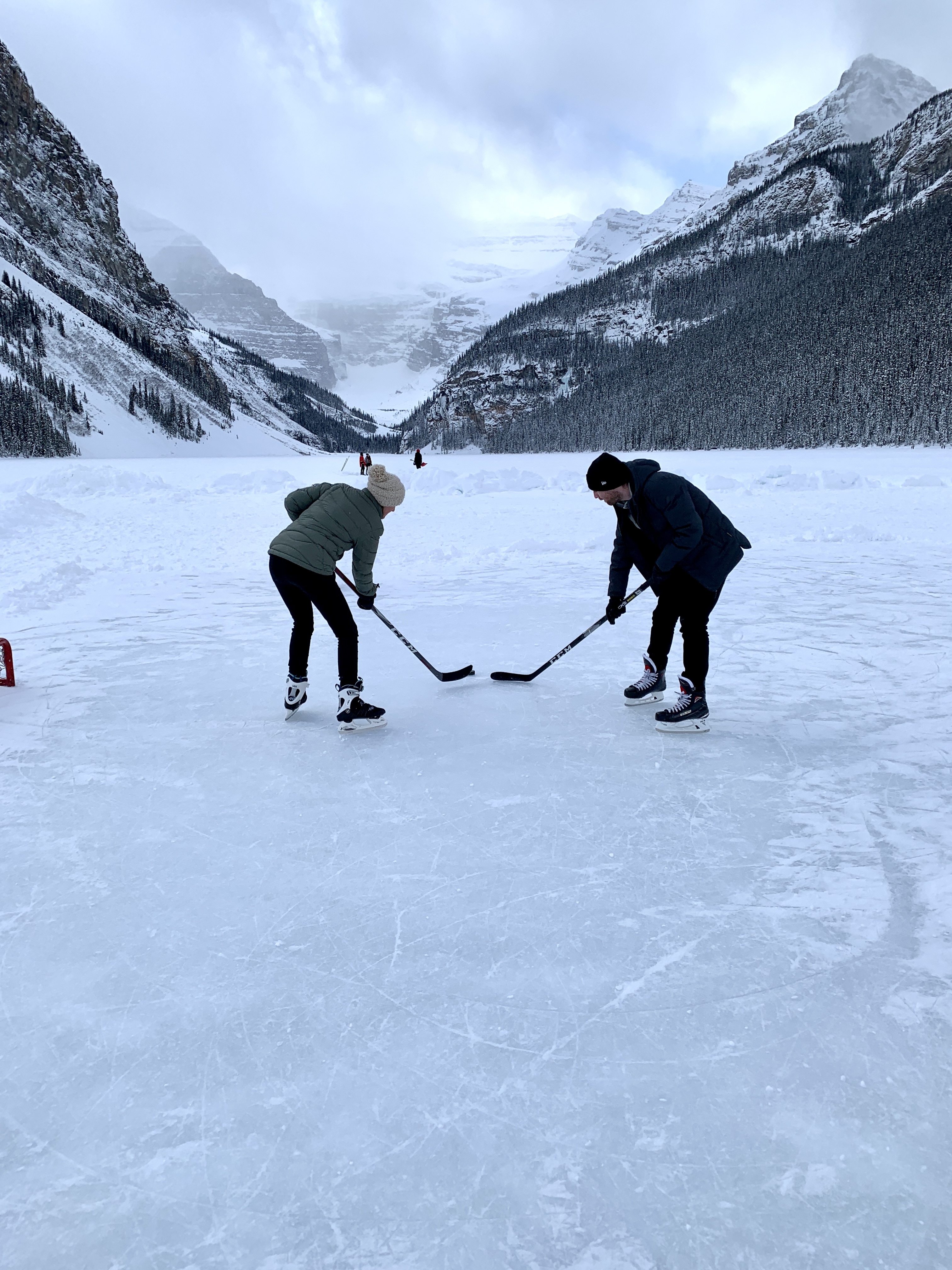 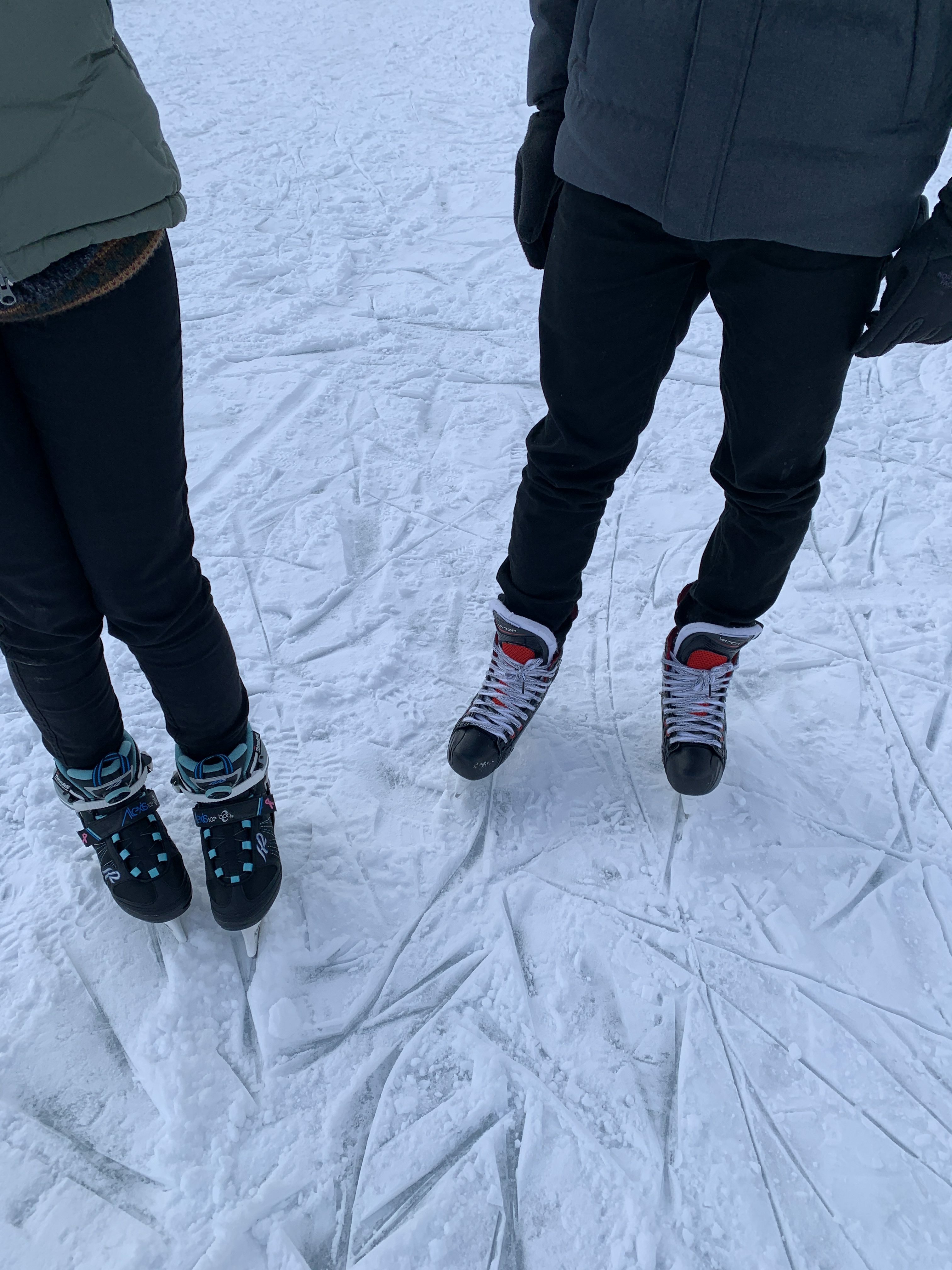 We returned to Australia in the midst of a horrendous bushfire season and a few months later the COVID-19 pandemic challenged our perception of normalcy almost overnight. The rink was closed and the hockey season cancelled. During the lockdowns I started Running Rare with the hope of raising awareness of rare diseases and improving my health and fitness — and hopefully one day when the rink reopened to play a hockey game or two.

This rebuild has been tough, but slowly my health has continued to improve. In early 2021 I started running at the weekly Running for Resilience (R4R) social run. R4R has always been my ‘long run’ of the week and I would aim to run 3km (albeit this being 3km shorter than the typical distance run by the group). For over 9 months I struggled to run further than 3km, I think a certain fear of the unknown held me back. I was afraid of pushing my body in case it tipped me over the edge. But a few weeks back I got talking to an incredibly inspiring individual named Cam. Together we overcame that barrier and I ran the full six kilometres. The next week, with the support of Cam again, I managed the full six for a second week in a row. The three-peat was on the horizon and this time I ran with R4R founder Matt. We discussed a few things on our run but one thing that Matt said stuck with me

“Be ready for your opportunity”

I think it was these little, but important, wins and conversations at R4R that inspired me to reach out to the Brave about the exhibition match despite the challenges associated with my Still’s and more recent food poisoning. I thought ‘this might be my last opportunity’ and I needed to give it go. I honestly didn’t think I would hear anything back, but to my surprise I received a message back from Brave management saying there was a spot available to play. I couldn’t believe what I had just read! I was over-joyed.

In just one week I would need to recover from food poisoning and organise a registration to play a sport I hadn’t played in seven years. No biggie right…

There were hurdles to registration that couldn’t have been overcome without the kindness of people — all of whom I’ve never met before. Words cannot express my gratitude, especially to Diane and James.

After a week of uncertainty about whether all the pieces would come together in time it was finally game day and everything was sorted!

The Brave got up to an early 3-0 lead in the first period and I was thinking to myself this is going to be a long game.

In the second period I found myself in front of the net with a perfect pass coming into the slot. The next thing I knew the puck was in the back of the net. What had just happened!? I couldn’t believe it. In a game I never thought would be possible I had scored. Honestly, I had to fight back the tears. 6 years of fighting had led to a dream game and a dream opportunity and it was just a completely emotional moment.

The momentum just kept building and we ended the period 4-3 up. The third period was just as exhilarating ending up in a 6-6 tie in the third. The Brave went on to win the game in overtime but I don’t think you could wipe the smiles off either teams faces. 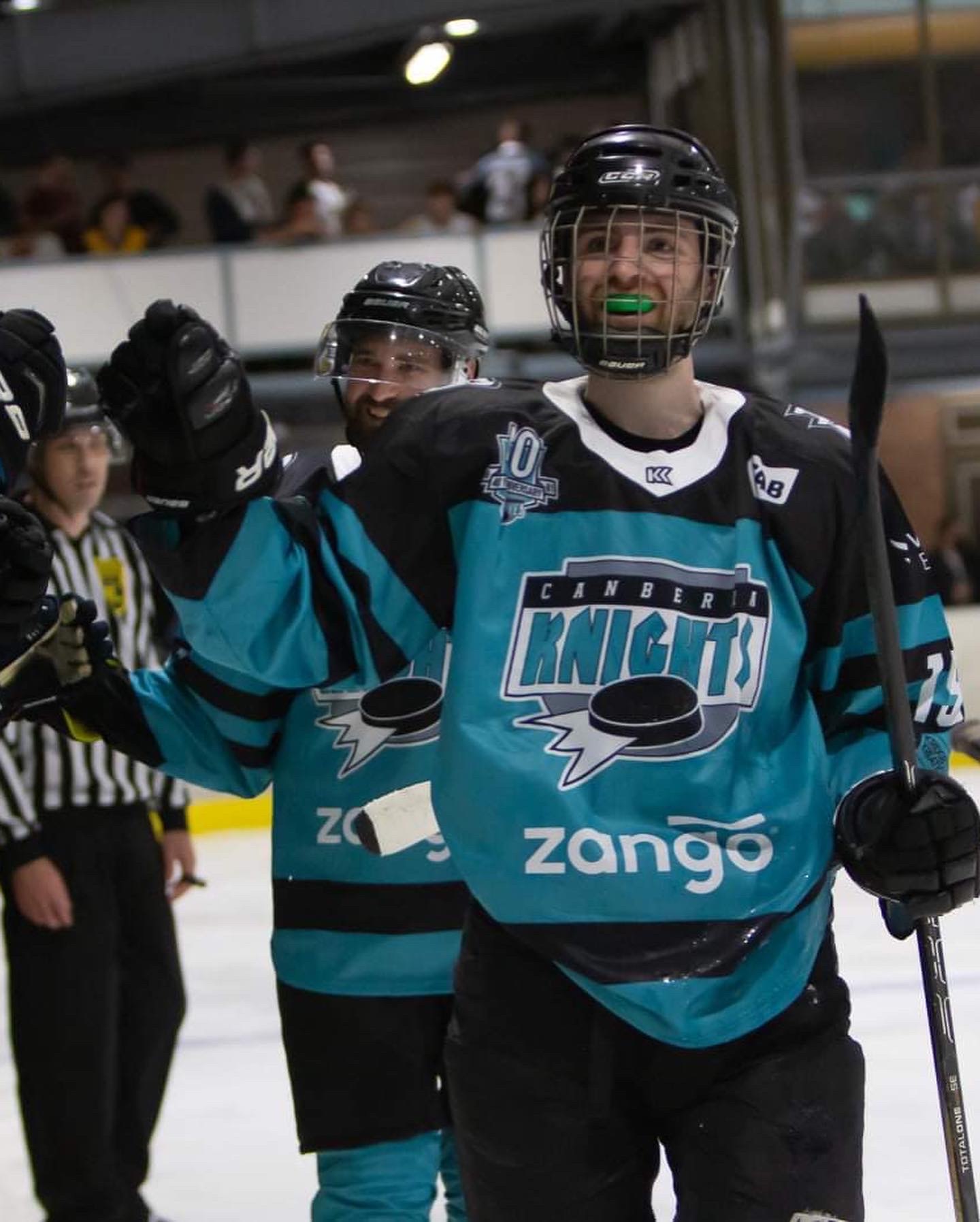 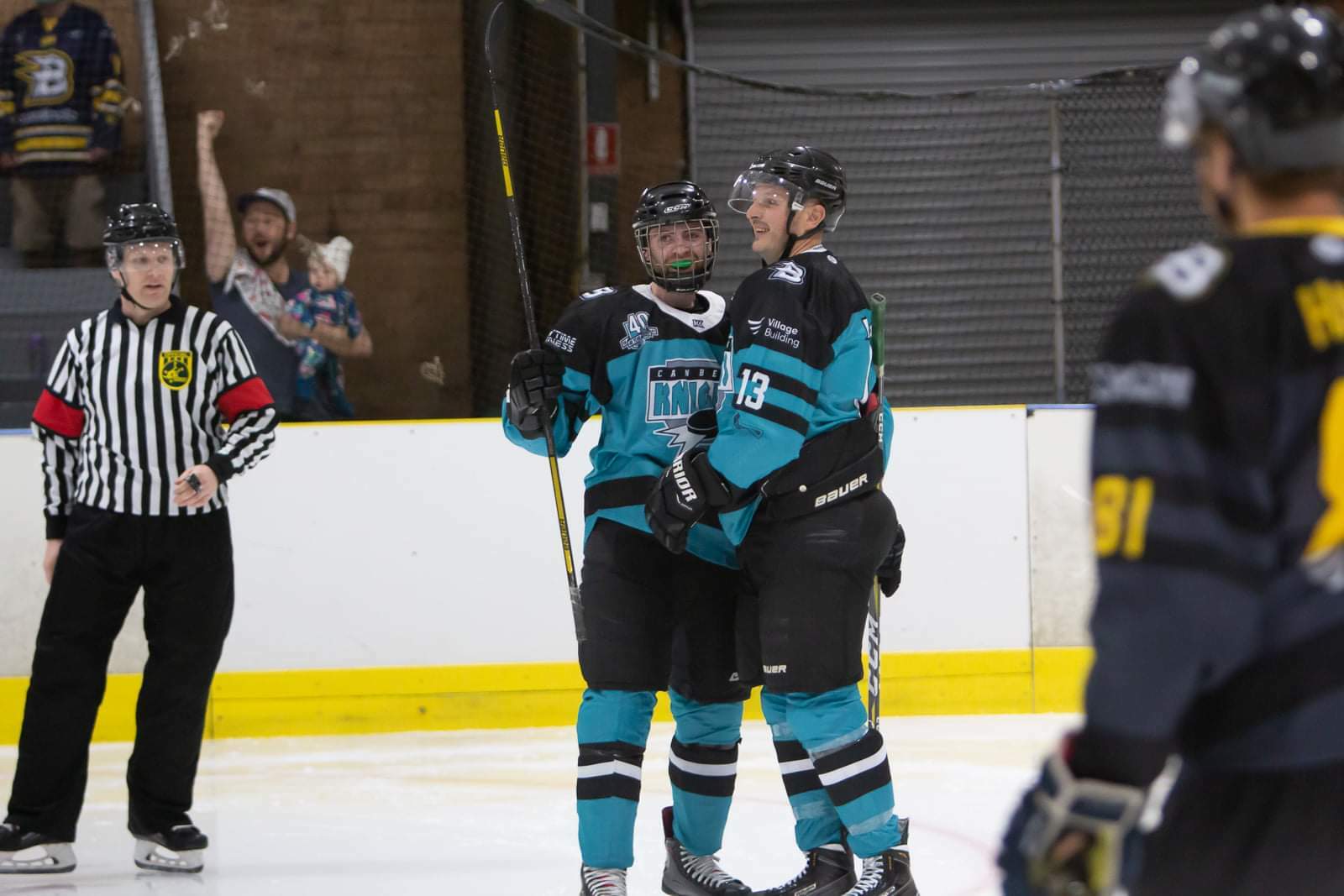 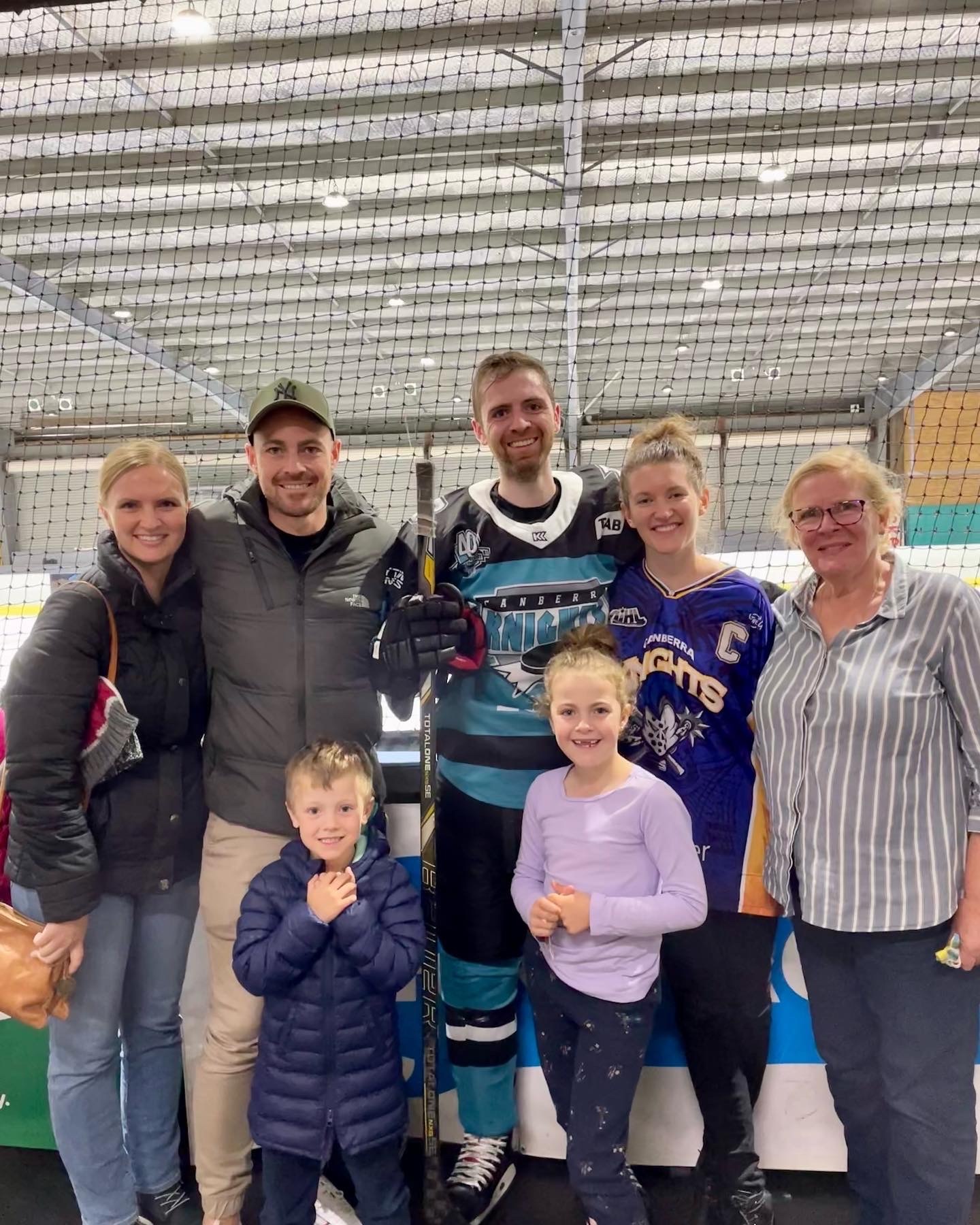 In the space of a week I had experience a night I never want to experience again to a night I will not quickly forget. To play one last game for the Knights with friends and family and the wider ACT community was a dream come true.

If the night couldn’t get better, after the game a women approached me and said hello. It was Diane! The incredible women that had organised my registration when literally everyone I had spoken to didn’t think it could be done in time.

So in the words of R4R founder Matt, be ready for your opportunities.